Dyeing is an ancient art which predates written records. It was practised during the Bronze age in Europe. Primitive dyeing techniques included sticking plants to fabric or rubbing crushed pigments into cloth. The methods became more sophisticated with time and techniques using natural dyes from crushed fruits, berries and other plants, which were boiled into the fabric and gave light and water fastness (resistance), were developed.

Some of the well known ancient dyes include madder, a red dye made from the roots of the Rubia tinctorum, blue indigo from the leaves of Indigofera tinctoria, yellow from the stigmas of the saffron plant, and dogwood, an extract of pulp of the dogwood tree. The first use of the blue dye, woad, beloved by the Ancient Britons, may have originated in Palestine where it was found growing wild. The most famous and highly prized colour through the age was Tyrian purple, noted in the Bible, a dye obtained from the spiny dye-murex shellfish. The Phoenicians prepared it until the seventh century, when Arab conquerors destroyed their dyeing installations in the Levant. A bright red called cochineal was obtained from an insect native to Mexico. All these produced high-quality dark colours. Until the mid-19th century all dyestuffs were made from natural materials, mainly vegetable and animal matter.

Today, dyeing is a complex, specialised science. Nearly all dyestuffs are now produced from synthetic compounds. This means that costs have been greatly reduced and certain application and wear characteristics have been greatly enhanced. But many practitioners of the craft of natural dying (i.e. using naturally occurring sources of dye) maintain that natural dyes have a far superior aesthetic quality which is much more pleasing to the eye. On the other hand, many commercial practitioners feel that natural dyes are non-viable on grounds of both quality and economics. In the West, natural dyeing is now practised only as a handcraft, synthetic dyes being used in all commercial applications. Some craft spinners, weavers, and knitters use natural dyes as a particular feature of their work.

In many of the world's developing countries, however, natural dyes can offer not only a rich and varied source of dyestuff, but also the possibility of an income through sustainable harvest and sale of these dye plants. Many dyes are available from tree waste or can be easily grown in market gardens. In areas where synthetic dyes, mordants (fixatives) and other additives are imported and therefore relatively expensive, natural dyes can offer an attractive alternative.

The knowledge required for sourcing and extracting such dyes and mordants is, however, often not available as extensive research work is required to identify suitable plants, minerals, etc. In Zambia for example, there is a wealth of plants available for producing natural dyes, but due to lack of knowledge of the processes involved in harvesting and processing the plants, little use is made of this natural resource. In some countries, such as India, Nigeria and Liberia, where this research has been carried out, or where there exists a tradition of natural dyeing, natural dyes and mordants are used widely.

Natural dyes can be used on most types of material or fibre but the level of success in terms of fastness and clarity of colour varies considerably. Users of natural dyes, however, tend to also use natural fibres, and so we will look in more detail at this group. Natural fibres come mainly from two distinct origins, animal origin or vegetable origin. Fibres from an animal origin include wool, silk, mohair and alpaca, as well as some others which are less well known. All animal fibres are based on proteins. Natural dyes have a strong affinity to fibres of animal origin, especially wool, silk and mohair and the results with these fibres are usually good. Fibres of plant origin include cotton, flax or linen, ramie, jute, hemp and many others. Plant fibres have cellulose as their basic ingredient. Natural dyeing of certain plant based textiles can be less successful than their animal equivalent. Different mordanting techniques are called for with each category. When a blend of fibre of both animal and plant origin is being dyed, then a recipe should be chosen which will accentuate the fibre which is required to be dominant.

Most equipment needed for dyeing fabrics at home, or at the very small-scale commercial level, can be found in almost any market place throughout the world. The following is a list of the equipment requirements and a brief explanation of their use.

Few natural dyes are colour-fast with fibres. Mordants are substances which are used to fix a dye to the fibres. They also improve the take-up quality of the fabric and help improve colour and light-fastness. The term is derived from the Latin mordere, to bite. Some natural dyes, indigo for example, will fix without the aid of a mordant; these dyes are known as 'substantive dyes'. Others dyes, such as madder and weld, have a limited fastness and the colour will fade with washing and exposure to light.

Traditionally, mordants were found in nature. Wood ash or stale urine may have been used as an alkali mordant, and acids could be found in acidic fruits or rhubarb leaves (which contain oxalic acid), for example. Nowadays most natural dyers use chemical mordants such as alum, copper sulphate, iron or chrome (there are concerns, however about the toxic nature of chrome and some practitioners recommend that it is not used).

Mordants are prepared in solution, often with the addition of an 'assistant' which improves the fixing of the mordant to the yarn or fibre. The most commonly used mordant is alum, which is usually used with cream of tartar as an additive or assistant. Other mordants are:

Using a different mordant with the same dyestuff can produce different shades, for example;

Mordants are often poisonous, and in the dye-house they should be kept on a high shelf out of the reach of children. Always use protective clothing when working with mordants and avoid breathing the fumes.

The mordant can be added before, during or after the dyeing stage, although most recipes call for mordanting to take place prior to dyeing. It is best to follow the instructions given in the recipe being used or experiment on a sample before carrying out the final dyeing. Later in this brief we will explain how the mordant is mixed and used as part of the dyeing process.

These chemical mordants are usually obtained from specialist suppliers or from chemists. Where this is prohibitive, due to location or cost, natural mordants can be used. There are a number of plants and minerals which will yield a suitable mordant, but their availability will be dependent upon your surroundings. Some common substitutes for a selection of mordants are listed below.

Dyestuffs and dyeing are as old as textiles themselves. Nature provides a wealth of plants which will yield their colour for the purpose of dyeing, many having been used since antiquity. In this section we will look at some of these naturally occurring dyes, their source and the colours they produce. Later in the brief we will look at the application of the dyes to textiles. 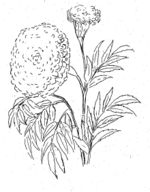 Almost any organic material will produce a colour when boiled in a dye-bath, but only certain plants will yield a colour that will act as a dye. The plants given in Table 1 are a selection of plants that have stood the test of time, and are used widely and traditionally by natural dyers. Natural dyes fall into the following categories: 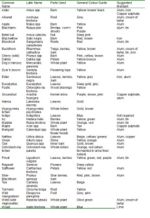 Table 1. A list of plants commonly used for preparing dyes.

The choice of mordant for a particular plant is dependant upon the material with which it will be used. It is necessary to check a recipe before using a plant, or one can experiment to see what effect a mordant has for a particular application.

It is recommended that plants be grown specifically for the purpose of dyeing. Harvesting plants from the wild on a nonsustainable basis can endanger the survival of the plant. Many lichens are registered as protected organisms and it is illegal to gather them from the wild. One source of lichen is from timber mills where logged trees are being processed, but ask first!

It is always useful and interesting to test the dye which is to be used on a sample of the yarn or fabric to be dyed. The outcome will depend on the fabric, the mordant that has been used and dye that has have been chosen. Testing is best carried out on a series of marked (for identification) samples, which have been mordanted with a number of different mordants. Tests can be carried out for light, water and washing fastness using simple standard test methods. Box 1 shows a simple test for washing fastness. Similar tests exists for water and light fastness (and are given in detail in the same book).