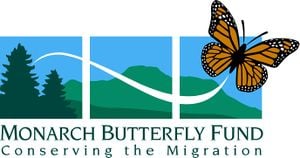 In 2009, the Michoacan Resforestation Fund (MRF) and the Monarch Butterfly Sanctuary Foundation (MBSF) merged together to create The Monarch Butterfly Fund. The Monarch Butterfly Fund seeks to successfully maintain the population of North American Monarch butterflies and their migratory habits through "habitat restoration, research, monitoring, education and support for sustainable community development in and near the monarch overwintering areas in Mexico." There are currently nine members that serve on the board of directors: Karen Oberhauser, Eli Moreno, Lincoln Brower, M.Isabel Ramirez, Don Davis, Chip Taylor, Alfonso Alonso, Gail Morris, and Ernest Williams.[1]

Overview of the Issue[edit | edit source] 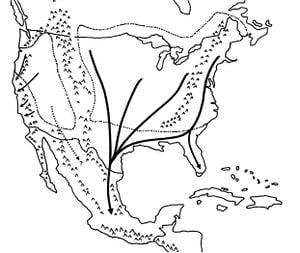 In the United States, the main cause for the decrease in monarch butterfly populations has to do with the use of a herbicide named glyphosate — or Roundup as it's known commercially. The use of this weed killer has led to the destruction of the monarch caterpillars' sole source of food: milkweed. [3] One proposed solution put forth by Monarch Watch director Chip Taylor, is to regulate the use of the pesticide used to kill milkweed and to create a "milkweed corridor" that runs through the heart of the United States from Canada to the Mexican border. [4] 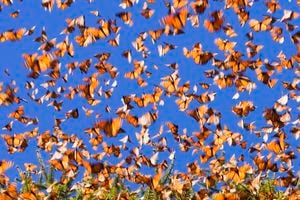 Over the winter, monarch butterflies migrate south to the Mariposa Monarca Biosphere Reserve located in central Mexico. Some monarch butterfly have been recorded to travel as much as 3,000 miles.[5] The Mariposa Monarca Biosphere Reserve covers over 56,000 hectares, however, with the dwindling number of monarch butterflies around today, only a tiny portion of the reserve is actually used by butterflies.[6] Still, the reserve is threatened by illegal logging. It is especially hard to stop illegal loggers since the location of instances where illegal logging takes place are remote for authorities to arrive in time. The deforestation of the reserve allows for cold winds to reach the resting monarchs and death from freezing becomes a possibility. [7]

Goals of the Fund[edit | edit source]

The Monarch Butterfly Fund aims to help the North American population of monarch butterflies return to normal by using a three pronged approach to the problem.