Living with the Soil/8

Thus where soils are not adequately protected, this is not due to the lack of methods, but to the fact that applying those methods is too costly and time-consuming for farmers. Protective measures such as terracing or the planting of hedgerows and trees require a great deal of labour, and generate costs. These investments are only worthwhile if they lead to rising income, be it through higher yields or state subsidies. In other words, benefits and increases in income that are perceptible in the short term are key to the acceptance and dissemination of appropriate measures. A further precondition is that they be adapted to local circumstances and needs in close cooperation with the population. 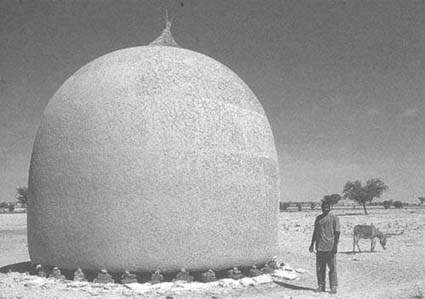 Utilising the soil sustainably, yet at the same time productively, poses a major challenge. The Green Revolution of the seventies provides an instructive example. Because that attempt to reduce hunger through genetic and technological means produced not only improvements for the soil, but also undesired side-effects. Although high-yielding varieties are conducive to an increased grain yield, they at the same time produce a smaller quantity of harvest residues, and thus of livestock fodder. As a result, existing pasture is placed under increased pressure. Overgrazing and increasing soil erosion are often the outcome.

Just how much hunger and the destruction of natural resources go hand in hand was demonstrated by the major famine disasters in Biafra, in the Sahel, in Ethiopia and in India during the sixties to eighties. For a long time, a regional policy of hillside terracing and afforestation, usually within the scope of food-for-work programmes, was considered the approach of choice, until it became clear that farmers were not maintaining these terraces. This was due to the fact that, although hillside terraces do reduce erosion effectively, without farm manure and fertiliser they produce only little. They also take up land, and thus reduce yields. 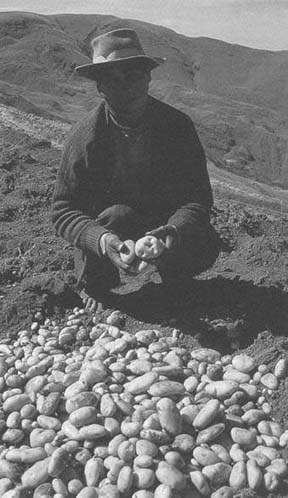 Development cooperation responds to this problem with an alternative strategy for sustainability: The protection of soils must be linked to a sustainable increase in production. Only larger and above all secure yields will create a framework conducive to soil conservation measures being accepted on a permanent basis.