Living with the Soil/7

We still tend to see the soil as a local phenomenon. We associate it with the human qualities of being loyal to the land, in touch with oneÂ’s roots, and down-to-earth. In certain respects this is true, because sustainable and productive soil management can only be put into practice locally, on the land and on the farm. Nevertheless, we should not overlook the fact that since the earth came into being, the soil has been one of the key Â“global playersÂ”. It is a key factor in regional and global processes in several respects.

Many of these links have only fully come to light as a result of research programmes conducted in recent years. Knowledge is still limited, and needs to be further expanded. It is therefore hardly surprising that the links between the soil and global themes are often underestimated. Here, a reorientation in thinking is slow to emerge. Yet increasing numbers of people are calling for binding international agreements to protect the soil, like those which exist to protect the climate or biodiversity.

Soil degradation is usually not confined to a single parcel, but affects entire regions and large areas. Cumulative effects arise which are difficult to monitor.

The water balance provides one example. Precipitation percolates damaged soils to a lesser extent, and is barely stored there. It flows rapidly off the surface, and in so doing erodes the soil, causing sedimentation in artificial lakes, or siltation on roads and settlements. Further downstream in the plains, flooding increases - with the potential to cause enormous damage, as has occurred time and time again in Bangladesh. 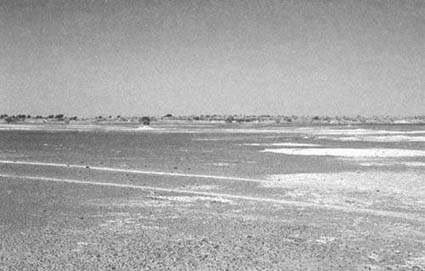 Soil erosion is not the only problem. In dry regions where soil is not managed sustainably, desertification is advancing, caused by the simultaneous degradation of soil, vegetation cover and water balance. The potential agricultural utility of the affected areas suffers lasting damage. Periods of drought impact more severely on humans and animals. The damage can only be repaired in the long term, if at all. Reestablishing intact vegetation cover can take decades. 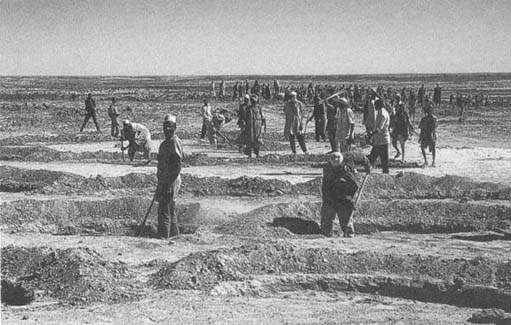 Soil degradation also affects the maintenance of biodiversity and climate protection, two further global tasks. If a regionÂ’s soil loses fertility and is also less able to retain water, the vegetation changes. Hardier plant species survive. Others die out, and with them the animals and organisms dependent on them. Biodiversity is reduced. 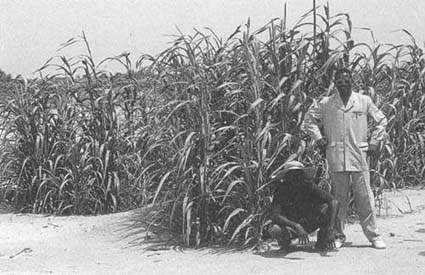