This article presents the life cycle analysis (LCA) of coffee (Figure 1). The total energy, carbon emissions, water use, and wastes are assessed over the life cycle of a cup (100 ml) of coffee. The summary and values below are limited to the most common form of coffee, that is produced through a drip filter. 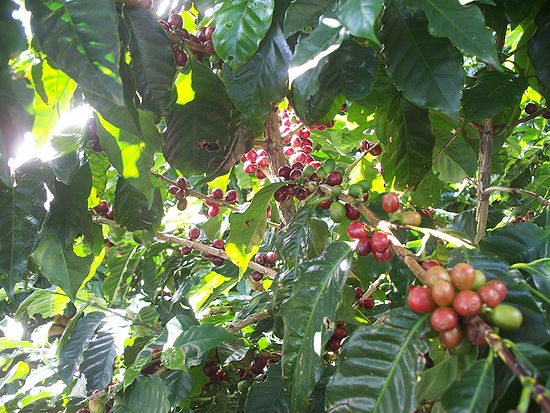 What is an LCA?[edit | edit source]

An LCA is an acronym for life cycle assessment. A life cycle assessment, or cradle to grave analysis, is a systematic method used for evaluating the life cycle of a product, or service. The evaluation generally includes but is not limited to: a list of all inputs and outputs, an energy analysis of all the upstream materials used, and the environmental impacts. 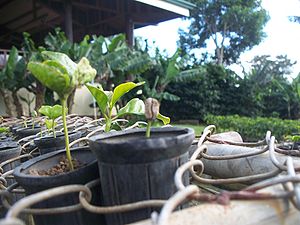 Figure 2: The beginning of a coffee plant.

Before coffee can be consumed it must be grown and treated. A coffee plant starts from a bean. The bean from a coffee tree is planted in soil. Within 4 to 8 weeks a seedling appears(Figure 2). The seedling is placed in a shaded location so it will not burn in the direct sunlight. The seedling is tended and allowed to grow for the next 9 to 18 months, until it reaches approximately 2 feet. The small coffee tree is planted in the ground. The tree will bear fruit in 3 more years, but does not reach maturity until 6 years. At 6 years the tree is fully mature and produces it's optimal yield. The coffee tree will produce for 20 to 25 years.[1] 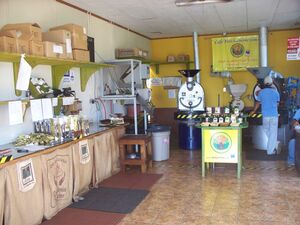 Figure 3: A typical coffee roasting facility. Coffee is roasted to bring out flavor.

Coffee roasting starts with sorting the beans from the debris that is mixed in with the beans. After the coffee has been sorted it is weighed into batch size and placed within the roaster. The coffee is roasted anywhere from 3 to 30 minutes depending on the desired outcome (Figure 3). The temperature of the roaster ranges anywhere from 188 to 282 degrees Celsius. The length of time of roasting significantly impacts the flavor of the coffee. The less time the coffee is roasted the lighter the color of the bean at the end of roasting. The flavor of the lighter roast is characterized by the coffees original or raw flavor. The original flavor is reminiscent of the soil and climate the coffee was raised in. The longer the coffee is roasted the darker the color of the bean at the end of roasting. The darker roast coffee is shinier than the light roast because the heat extracts the oils from the inside of the bean. The flavor of the darker roast is characterized by the "roast" flavor. The roast flavor is so dominant that little of the original flavor is able to be tasted.

Coffee is grown all over the world and shipped to most of it. A large portion of coffee production costs and emissions come from its transportation. At the plant, coffee is trucked from the field and between processes. Leaving the plant, coffee is shipped mostly with boats and trucks. Figure 4 shows coffee berries being moved to the processing plant where they will be de-husked and dried. [3] 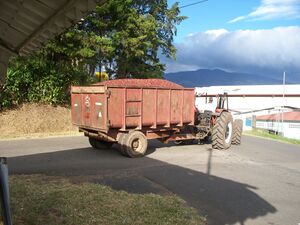 Figure 4: Coffee berries being transported from the fields to the processing facility.

In order to make a cup of coffee, the coffee beans must first be ground down to the proper consistency and then boiling hot water is run over them. The process is known as brewing. Brewing of coffee is done to extract the coffee flavor and caffeine from the roasted coffee beans. The coffee grounds should not be boiled with water because this process imparts a bad flavor to the cup of coffee.

There are three distinct methods of brewing coffee: steeped, boiled, and pressurized.

Pressurized water brewing is more commonly known as espresso ( example Nespresso D290). A mechanical device heats and pressurizes the water and forces the hot water through some coffee grounds. The coffee that is brewed using this method uses more coffee grounds per ounce of liquid coffee than any other method.

After brewing a cup of coffee the coffee grounds remain and must be disposed of. The three common disposal methods are: solid waste, wastewater, and recycled.

Coffee grounds that are placed in the trash end up being shipped to some regional solid waste facility or dump.

Three tables are presented to summarize the energy use (Table 1), water use (Table 2), and carbon emissions of coffee (Table 3). It should be noted that "processing" in the tables includes: green coffee handling & cleaning, roasting, grinding, filling & packing and conditioning.

Energy use for each process is presented in Table 1. The total energy used per one cup of coffee produced is 1.94 Mega Joules (roughly the kinetic energy of two school buses traveling at 50mph). About 60% of this energy is used near the end of the coffee's life where it is brewed and the cup is washed, brewing and washing in Table 1. This loss in efficiency stems from the small scale at which coffee is being brewed but also the relative efficiency of coffee brewers (large plants have ways of reclaiming energy whereas consumer products do not).

Water is used extensively in the growth, processing, and preparation of coffee. Table 2 reports the liters of water used per one cup of coffee produced. Processing and delivery are assumed to use no water when making drip filter coffee. Irrigation was by far the largest user of water in the coffee cycle, using 28 liters of water per one cup (100mL) of coffee. That is 280 times more water than the 100mL in the coffee cup.

Carbon emissions were based on a European energy mixture for electricity usage, vehicle fuel, processing procedures etc.[3] Table 3 shows the emission of each part of the process with a total carbon emission of 114 grams carbon-dioxide equivalent per one cup coffee produced. The most notable numbers are brewing, washing, and cultivation; 44.03, 20.87, and 24.37 g of Carbon-Dioxide Equivalent per 100mL respectively. Carbon emissions for brewing and washing come from the power plants that provide the energy to heat water. Emissions for cultivation largely come from farming equipment, like diesel tractors.