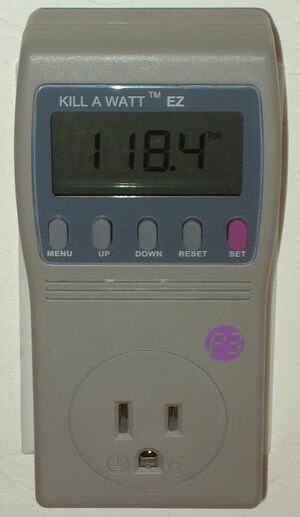 Figure 1. KillAWatt meter plugged into an outlet. The screen displays the voltage reading of the outlet. (Photo by B. Sanders)

A KillAWatt meter is a consumer level tool typically used when performing an Energy auditW. This device is capable of measuring volts (Figure 1), amps, watts, and Phantom loads as well as evaluating the cost of running an appliance . The KillAWatt meter allows the user to understand the numerical and monetary values of the energy used to power everyday electronics. This information makes the consumer aware of what is using the most electricity and helps them make an informed decision on what they can do to save money and energy. 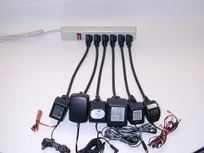 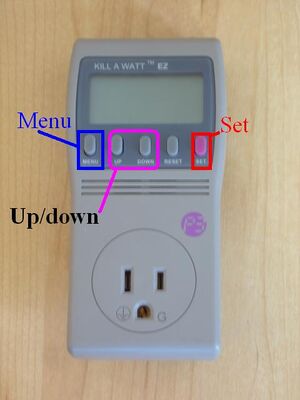 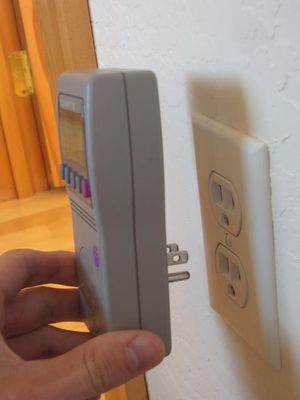 1. Hold down the pink 'Set' button until the screen begins to flash the rate currently programmed into the KillAWatt.

3. Once the proper rate has been input, press the set button to save. 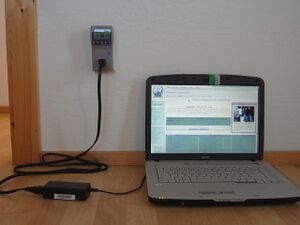 Figure 4. A laptop computer is plugged into the KillAWatt meter. (Photo by B. Sanders)

Figure 5. The KillAWatt meter is reading the energy use of the laptop and calculating the yearly cost of running the laptop computer. (Photo by B. Sanders)

1. Plug the KillAWatt meter into an outlet (Fig 1). The meter should turn on and display the voltage of the outlet (actual voltages typically range from 110v to 120v)

2. Now plug the electronic to be tested into the KillAWatt's outlet (Fig 4).

3. The meter can now display several types of information measuring the energy usage and efficiency of the electrical device. The cost per year to run this device can be found by pressing the 'Menu' Key once, followed by the 'Down' key (see Fig. 2). The displayed cost will change depending on the amount of time you leave an electronic device running (Fig. 5).