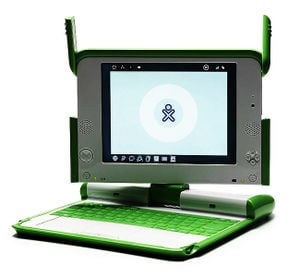 Information and Communication Technologies for Development, or ICT4D, include:

Some examples of appropriate ICT4D are:

ICT4D equipment needs to comply to the principles of appropriate technology so as to make the benefits of these technologies as widely available as possible. Following are general principles and will vary according to the specific application and context:

The cost of ICT4D equipment such as computers drops every every 2 years, by about 50%. This is an observation called Moore's law.W A practical consequence of Moore's law is that software and content developers rarely need to think about the affordability of hardware. Developers can simply build their applications, knowing that sooner or later their target audience will be able to afford the computers to run their applications. Eventually the cost of computing could be lower than the cost of a subsistence diet, putting computers within the budget of anyone who has managed to stay alive.