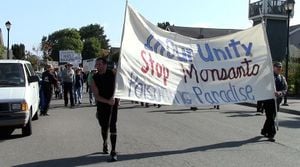 On Oct. 11, there was a march opposing Monsanto in Eureka. Lots of people gathered together, held signs and yelled slogans to oppose the Monsanto Company. The march against Monsanto has occurred in over 360 cities including Eureka. Activists banded together, voicing their discontent with the Monsanto Company and their products, the head slogan reading, “ G-M-O’s have got to go.” Many protestors carried signs. Some logos were emphasized many times like “Monsanto=death” and “Hell No Monsanto.” In the very front of the crowd, a big sign read, “In our unity, stop Monsanto.” There were many kinds of people in the crowd; women, old people, and even children.

John Francis Queeny founded the Monsanto Company in 1901, after 30 years in the pharmaceutical industry. In 1902 saccharin was the first product to be produced by the Monsanto Company. In 1903 saccharin was being sold to the then growing soft drink company, Coca-Cola. By 1904 the Monsanto company had also started producing caffeine and vanillin for the soda industry. Though the safety of consuming saccharin had been questioned several times, no conclusive reports have been found. The warning label for saccharin had been removed in 2001. The Monsanto Company became involved with the US Government during WWII. They were among the list of companies involved in the research for the Manhattan Project (later leading to the world’s first nuclear weapons). [1]

As of 2001, Monsanto was found to have been producing 90% of the world’s GMO’s. Along with GMO seeds, the Monsanto Company (Mon.N) also produces herbicides and prescription drugs. It is believed that Monsanto was involved in the production of PCBs, DDT, dioxins, and was even apart of the making of Agent Orange (which was a defoliant used during the Vietnam War). In 1997, Monsanto sold their chemical business and began to focus more on biotechnology. Their GMO soybeans and corn are classified as pesticides and banned in the EU. Monsanto also produces the GMO sugar substitute NutraSweet. Monsanto is the creator of Bovine Growth Hormone (BST) which was recently sold to Eli Lilly. [2] 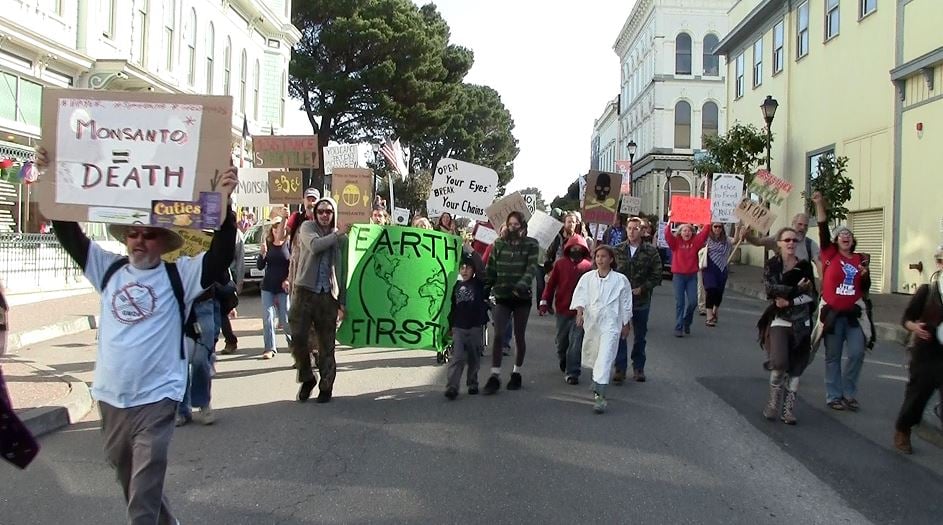 GMO foods have a great impact on those who consume them. Due to the lack of labeling on GM grown foods, it is difficult to identify the effects on those who eat them. Many people may consume food grown with GMO technology without knowing it.[3]

There are many claims that growing GMOs would be beneficial to farmers, because of the increased yield of the crop with a shorter duration of crop growth. Genetically modified crops are also resistant to herbicides, pesticides, and pests. The size of the crops are also bigger so that farmers can sell them at higher prices. Though it seems advantageous for farmers to buy GM crops, scientists find that genetically modified crops may be unsafe for human consumption [4]

One worry for critics is that GMO destroyed the flora in human intestines, which are really important for us because we absorb nutrition from them. People’s general unawareness of the fact that all corn and almost all soy that are labeled as organic are actually GMO. But regarding the corn, there is insecticide injected into it. We carry three to four pounds of [bacteria] in our gut. We rely on that to absorb our nutrients, and we have symbiotic relationship with them. It is found that the SBT is killing our flora, without which we won’t survive.

Monsanto is dangerous for animals. Insects that eat the GMO crops that have pesticide inside will be killed, especially bees and butterflies. It is the time that industrial complex stays out of our food so that we can be healthy, our bees can be healthy. With the introduction of GMO, that has insecticide within the plant, there is untold number of things that it does to the bees. The biggest thing it does is it disrupts its natural function. When they do not return to the hive, they die in the wild, they are lot from us, and we lose their gift of pollination of our entire planet.