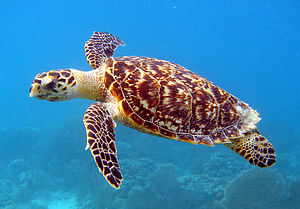 Endangered species is the term used to refer to species of animals and plants whose wild survival is considered to be under threat. As the world becomes more crowded from human activities and human population, animal species continue to lose their original habitats, are subject to pollution and other dangers, are captured for trade and killed for such reasons as sport, food and from human fear. Plants have similar problems, including being crowded out by invasive species and being affected by monoculture growing habits and genetic modification of plant materials. Endangered species are ranked in terms of the threats to their survival on the IUCN Red List (the International Union for the Conservation of Nature).

Many countries seek to protect animal and plant species through legislative and policy measures. Such laws cover a range of conservation and restoration measures including protection of native species, removal of pest species, restrictions on export of animals, quarantine laws, habitat restoration and protection, prohibitions on hunting or farming, creation of parks and reserves, etc. The effectiveness of these measures varies and is largely dependent on the willingness of each country to implement and enforce the legislative provisions and policies in place.

Threats to other species[edit | edit source] 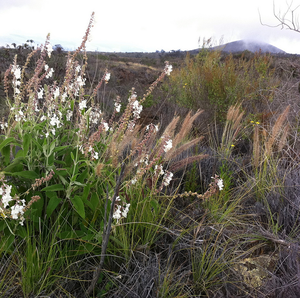 Haphap, a plant under threat in Hawaii.

There are many threat sources bearing down on both animals and plants. Some of the major threats include:

Removing a single animal species from the food chain tends to have alarming effects both down and up the food chain. There is a fine ecological balance between predator and prey species, and even within the plant kingdom. When certain animal or plant species are removed or become extinct, this can lead to other species growing out of control and dominating without threat to their increase in numbers. This can be to the great eventual disadvantage of the species that proliferates––for example, if lions were to go extinct, prey species such as antelopes and zebras would increase to over-capacity, eating plant life to the point of extinction and thereby risking the lives of other species through reduced food sources, reduced shade and reduced oxygen output.

The International Union for the Conservation of Nature (IUCN) has a special role in watching over endangered species. Its Species Survival Commission (SSC) tracks the status of all animal and plant species worldwide. It aims to provide conservation measures that can help national governments implement strategies to protect and conserve species.

Each year the SSC publishes the IUCN Red List of Threatened Species. This list contains annually updated information on the status of all living species worldwide. This list can be found here: http://www.iucnredlist.org/.

Controlling trade in endangered species is one important aspect of conserving them. CITES is short for the Convention on International Trade in Endangered Species of Wild Fauna and Flora. It's an international agreement made at state level and the signatories seek to control the trade in endangered species of both animals and plants around the world, according to the provisions laid out in it. It has been in force since 1975 and many of the signatory countries take its implementation very seriously, incorporating it into border controls and quarantine practices, as well as enforcing it domestically. CITES provides a framework which national laws can use to guide the formation and enforcement of relevant endangered species trade laws.

Many countries have implemented endangered species legislation. For example, the US government passed the Endangered Species Act (ESA) in 1973, a piece of legislation that has influenced legislation in many other countries. The aim of the ESA (and similar acts in other jurisdictions) is to protect endangered species and preserve their habitats. The ESA is enforced by both the US Fish and Wildlife Service (FWS) - terrestrial and freshwater species, and the National Oceanic and Atmospheric Administration National Marine Fisheries Service (NOAA Fisheries) – marine species.

Throughout the world, there are animals under threat of extinction in every continent and region. Apes, monkeys, large cats, the crocodilian family, turtles, lizards, snakes, elephants, zebras and antelopes, polar bears, whales and dolphins, marsupials, rhinos, wolves, sharks, seals, frogs and toads and even rodents are just some of the animal species under threat in different parts of the world.

What you can do[edit | edit source] 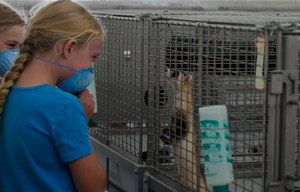 Caring for wildlife is one option.

Individual actions do matter with respect to protecting endangered species and there are many things you can do personally and as part of a group or community. Here are some of the things you might be interested in:

There are many individuals, groups and organizations helping to conserve and protect endangered species, at local and community level, at regional and national levels and worldwide. Becoming involved in their activities can be as simple as tweeting about their activities to raise awareness or volunteering your time to go and do something on site. Here are just a few of the organizations you can check out online: