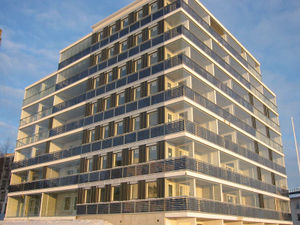 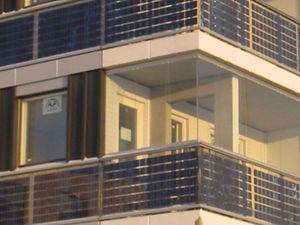 Transition Towns are a new-and-upcoming trend that is working its way into communities all around the world. Europe, having many countries following the "green" trend, is quickly developing these sustainable communities.

Finland's capital, Helsinki, is the northernmost capital of the European Union, and the southernmost capital in the country. Finland itself is reported as being ranked number one in sustainability out of 146 countries in the world in 2005. Representing Finland's sustainability is the urban community Ekoviikki, located in the Viikki suburb in Helsinki.

Ekoviikki is considered a transition town, which develops when motivated individuals in a community get together to address a main concern: How can our community respond to the challenges and opportunities presented by Peak Oil and Climate Change? This area in Helsinki applies ecological and sustainability guidelines in full urban scale which reflect the already strict standards in Finland.

Ekoviikki is a community which incorporates passive and active solar, photovoltaics, heat pumps and energy conservation. The whole housing area has an area of 64,000m^2, and almost half of that area is devoted to solar heating design. Although the urban-looking buildings and living spaces look high-tech and the design looks trivial, all of the structures were made out of wood.

This development was started in 1996, and the planned end date is January 1, 2010. The housing represents the halving of energy use, and the opportunity for inspiration for cities all around the world. There are eight separate solar heating systems between 80-250m^2 and they are integrated into the building structures in a modern design on the roofs, overhangs and balconies. The total collector area is 1,248m^2 and is the largest ever realized in Finland.

The solar systems mainly supply the DHW or domestic hot water. This is the hot water that flows through your sinks and showers. It is also used for other heating sources; for example, some floors of bathrooms in the apartments are heated for keeping these kinds of spaces dry. As water savings measures in Ekoviikki are extensive, the share of the total heat load is smaller than normal or 30-35%.

The houses have several energy conservation features including demand based ventilation and heat recovery from ventilation air. The share of the solar heat of the domestic hot water is around 30% but in some sites it was found at 60-70%, meaning that those percentages marked how much of the DHW was heated by solar functions.

When finished in 2010, the Viikki suburb in Helsinki will have over 10,000 inhabitants that are taking advantage of greener living. These suburbs represent clear improvements in energy, the use of solar power, and the environmental performance of buildings available to most countries around the world with comprable sunlight and an innovative and active green community.

Page data
Retrieved from "https://www.appropedia.org/w/index.php?title=Ekoviikki_Suburb_-_Transition_Town&oldid=598477"
Cookies help us deliver our services. By using our services, you agree to our use of cookies.
Categories:
Maintenance categories:
About Appropedia · Policies · Contact · Content is available under CC-BY-SA-4.0 unless otherwise noted.