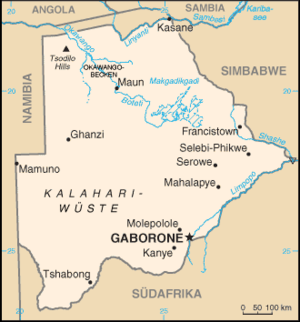 The History of Debswana[edit | edit source]

Debswana is a company created as a partnership between the government of Botswana and the De Beers Diamond Company in 1969. Each party owns half of the company.

Botswana, which is located in the southern part of Africa, is a country that’s economy is mostly based around the export of diamonds. In 2013 Debswana was responsible for $701 million U.S. dollars in government revenue, which was a 35% drop from 2011, when the company brought in $1.08 billion USD. [1]

The international community has criticized Debswana for its operations in Botswana. 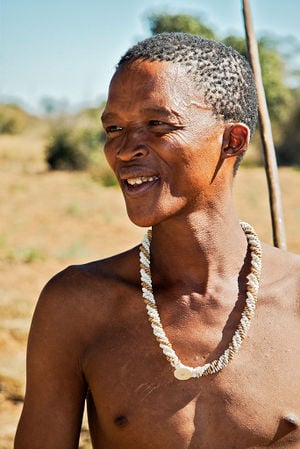 Survival International, a charity organization that argues for the rights of indigenous peoples, has held protests to bring attention to the removal of native peoples from the Central Kalahari Game Reserve. Survival International believes the government acted in the interest of its partnership with Debswana and the possible diamond profits that could be found in the area. [2]

The government said they removed the Bushmen to help improve their standard of living, provide them with better public services, medical care, and education. It was also said that they were removed because they were negatively affecting the environment of the game reserve.

Survival International claims that the San, who had been living on the lands for generations, did not want or need a better standard of living, and that because of their history in the area they were more likely to have a positive effect on the land than the government was.

The Bench Mark Foundation is a South African organization that monitors corporations operating in Africa for corporate social responsibility by measuring them against what it calls the Principles for Corporate Global Responsibility. In 2009 it published a report on its findings of Debswana’s operations. [3]

The report found that the government’s dependence on mining created legislation that was in favour of operations and ignored the environmental and community concerns of the country. It stated that the government does not properly inform citizens of the methods required to mine the areas they live in — the effect on their community and their access to water. The people living in these areas are at a distinct disadvantage when negotiating the government’s right to use the lands they live on.

Also, the people who live on or near mining operations are not recognized as landowners, meaning they do not receive payment or other compensation for the destructive effect of mining operations in their area.

The Bench Mark Foundation states that despite Debswana’s significant role in Botswana’s economy, there is little benefit at the community level. It believes the government is mostly focused on the profits that can be gained from diamond mining and it’s partnership with Debswana.