From Appropedia
Redirected from Clarifier

Figure 1. The influent well in the center of the clarifier.

Once the influent enters the tank, it's velocity begins to decrease. Once the wastewater's velocity decreases to 0.01-0.03 feet/second[2], suspended solids begin to settle out of the water; the denser solids (sludge) settle to the bottom of the tank and less dense solids (scum) and oils float to the surface. In the 60 foot clarifier at the Arcata Wastewater Treatment Plant water spends roughly 3.8 hours[3] in the tank allowing the solid waste to settle out. After 3.8 hours; up to 95% of the settleable solids, 60% of the suspended solids, and 40% of the BOD will have been removed from the wastewater[2]. 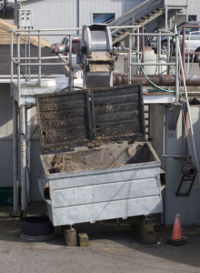 Figure 4. Floating solids and oils are deposited into this dumpster after being skimmed off of the surface. 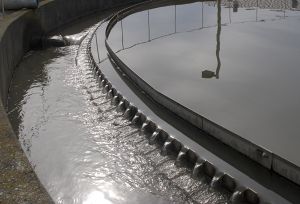 Figure 5. Effluent flowing through weirs and exiting through the effluent pipe.