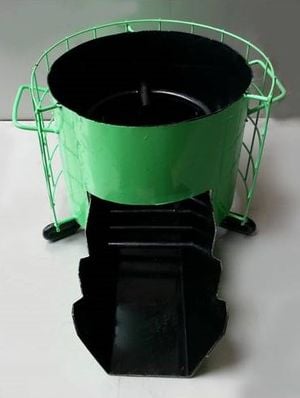 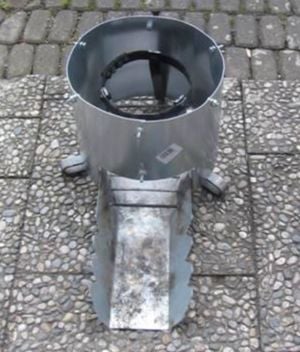 The Ben 2 and Ben 3 Firewood Stoves serve for cooking in pots up to 28 cm in diameter (Ben 2) or 28 cm to 32 cm or more in diameter (Ben 3). Pans and woks are can also be nested. Dry, thin sticks of firewood of any length are used as fuel.

The thermal efficiency of the cooker is over 40%. Compared to the traditional three-stone fire (with 10% efficiency), firewood consumption is reduced to less than a quarter (75% saving). When the Heat-retention cooking is applied additionally (see: Imma and Dieter Seifert: Notes on Fireless Cooking - Cooking With Retained Heat), the firewood consumption drops to about one-seventh. This small amount of wood can be provided by plantations, which can be harvested annually. Thus, the search of firewood and felling of trees is completely avoided.

If the use of charcoal from kilns is replaced, then the wood saving is even greater because multiples of wood is consumed for the traditional production of charcoal. At the same time, the disease burden by carbon monoxide and nitrogen oxides is inhibited.

For overcoming the firewood crisis it is important on the one hand that the demand for wood is reduced to about one-seventh (demand in a week, which was formerly the daily requirement) and that the remaining needs are covered by plantations, which can be harvested annually.

Simplicity, high efficiency and durability Construction of the stove is very simple. The stove consists of three parts which are placed into one another (see picture).

The operation of the stove is easy, both kindling, as well as the maintenance of the fire on the firewood grate. The stove weighs only about 3 kg; it is portable and can be produced with simple tools (optionally without any machine) of conventional mild steel. In the case of local production especially in developing countries the manufacturing costs are very low (in the order of 10 USD). Thus, the expense can often be saved already in a month. Due to the low costs and high savings, the household may install more than one cooker (or several stove shells), suitable to the pots and pans used.

Only little smoke is produced due to the effective supply of primary and secondary air. The thin steel sheets are not operated at high temperature so that they have a long life.

Net power of the stove is 1.5 kW. Six liters of water can be brought to a boil in less than 30 minutes. For this operation, about 400 g of small, dry wood sticks are required. With a daily consumption per household of 1.4 kg wood, the annual demand is about 500 kg, instead of usual two to four tons of firewood (or more than 7 tons of wood, if charcoal is used).

The efficiency is high due to the proper combustion and the advantageous heat transfer to the pot, caused by the special firewood grate and the adapted stove shell. If solar technology is applied in addition (see e.g. Imma Seifert: Solar Cooking with the Parabolic Cooker), then the demand for wood can be reduced to less than one kg per day per household, even if additional tasks (boiling large quantities of water, conserving fruits etc.) are carried out with the solar cooker.

Advantages of these designs[edit | edit source] 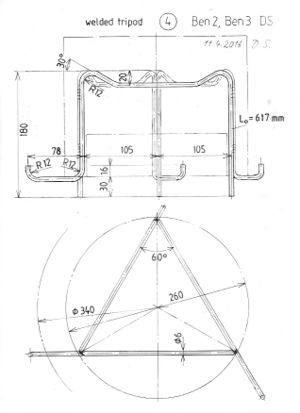 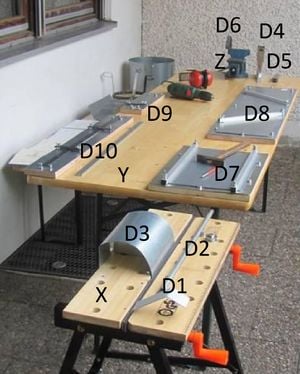