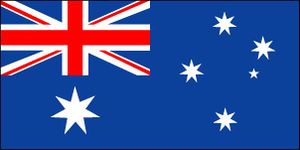 The Prime Minister of Australia, Julia Gillard, has proposed a tax on carbon after stating during her campaign that there would be no carbon tax. She now faces an uphill struggle as her government works on the details of the carbon strategy.

Gillard's multi-party climate change committee has chosen July 1 of next year to set a price on greenhouse gas emissions.

According to The Australian, "It also released a framework for moving from a fixed to a flexible carbon price under a market-based cap-and-trade scheme over the following three to five years."

Climate Change Minister Greg Combet has said the government expects to work out a starting price for carbon, exemptions and packages to be offered to affected households and businesses by mid-year.

Tony Abbott is in opposition to Gillards tax on carbon and says that it will increase the price of petrol significantly as well as jobs being lost.

Australian government data suggests that Australia's largest companies may be hit for billions of dollars, even if the carbon tax is minimal.

If a $26 per ton tax price was imposed, the government data shows[verification needed] that companies such as Xstrata, Woolworths and Qantas would have to pay $99 million, $73 million and $108 million respectively in annual carbon tax.

Gillards response to this is that it is too early to estimate the carbon tax costs since the government has not set a price per ton or set up compensation arrangements.

If elected as Prime Minister, Abbott has promised to remove Gillard's carbon tax.

Instead of a carbon tax, Abbott states he would rather spend money ($1 billion a year) on more trees, better soils and smarter technology to tackle climate change.

The debates about this carbon tax have only just begun and may or may not be put to rest depending on who wins the election for Prime minister of Australia, Julia Gillard or Tony Abbott.

Page data
Retrieved from "https://www.appropedia.org/w/index.php?title=Australian_carbon_tax&oldid=598342"
Cookies help us deliver our services. By using our services, you agree to our use of cookies.
Categories:
Maintenance categories:
Comments
Privacy policy · About Appropedia · Disclaimers · Mobile view · Content is available under CC-BY-SA-4.0 unless otherwise noted.
</html