This method of mosquito control involves the use of water containers inside/outside households as well as other buildings, regularly replaced to kill mosquito larvae. 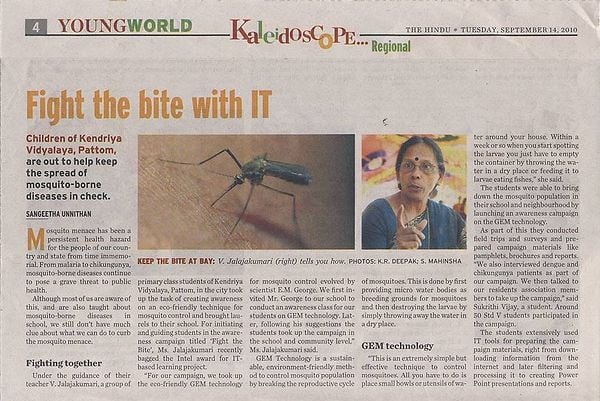 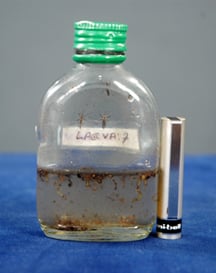 It is well known that mosquitoes lay eggs in water where ever it be. It is also equally true that they visit human dwellings as well as cattle/bird sheds for feeding usually from dusk to dawn and they cannot complete their reproductive cycle without animal protein. Exploiting these weaknesses one could achieve mosquito control. For that provide a few micro water bodies around the building using household utensils. Destroy larvae as & when they appear. By two months one gets tangible reduction in mosquito problem. This experience has repeated at many sites. Further research unearthed the reasons for the magnificent result produced in a short span of two months.

This can be easily extended to larger areas with people’s participation as well as cooperation & guidance from concerned agencies like the WHO and the perennial & apparently unsurmountable problems like Mosquito menace & Malaria, Dengue fever & a host of other problems can be solved once for all. See also Some history. This tall claim is based on the confidence given by the three decade long experience in the matter.

GEM technology is a process of achieving sustainable mosquito control in an eco friendly manner by providing artificial breeding grounds utilizing common household utensils and destroying larvae by non-hazardous natural means such as throwing them in dry places or feeding them to larvae eating fishes Gambussia Affinis, Ebites Reticulatus etc. or suffocating them by spreading a thin plastic sheet over the entire water surface to isolate atmospheric air. Shifting the water with larvae to another vessel and pouring a few drops of kerosene oil or insecticide/ larvicide in it is another option for killing wrigglers, but not preferred due to its environmental impact. Most of the ornamental fishes eat mosquito larvae. This method being Gentle, Genetic, God given, Efficient, Economic, Eco friendly, Modern, Mighty & Magnificent is christened GEM technology. 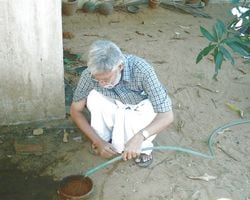 In case some one does not get larvae in the artificial water body even after the lapse of a week or two in spite of persisting mosquito problem, one can try polluting the water body with some organic waste such as small pieces or remains of fruit, vegetable, meat, fish or food items (free of oil/fat/ghee) or dry leafs. This is because literature says that some mosquito species have habitat preferences (like polluted water). We are mimicking that.

Some of the other attractions are:

During the 100 & odd classes conducted over the last 1.5 decades on GEM Technology (a process, perfected in 1978, of achieving considerable reduction in mosquito menace in 10-12 weeks time by destroying the wrigglers obtained in micro water bodies provided for laying) for various types of groups of people, a wide variety of questions have come up. The interesting thing is that the same questions that were asked during the first Press Conference held in 1996 at the Trivandrum Press Club were raised in classes held in Aalapuzha, Thrissur & Kollam during Oct 2006 also. Hence the most commonly raised ones are given below. For answers go FAQA

If you have other questions, please ask on the talk page.

Some of the press reports 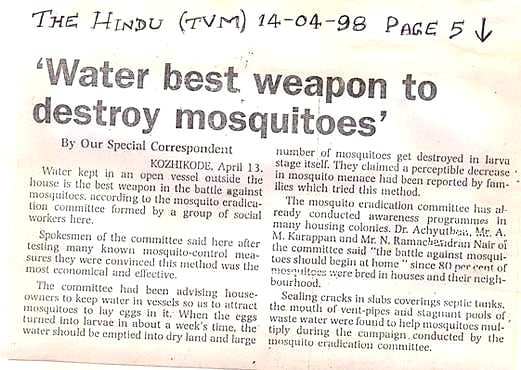 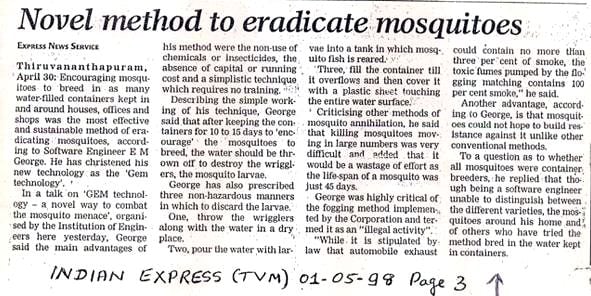 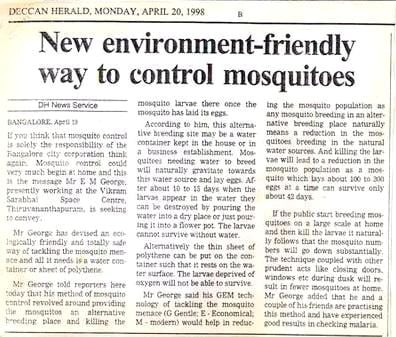 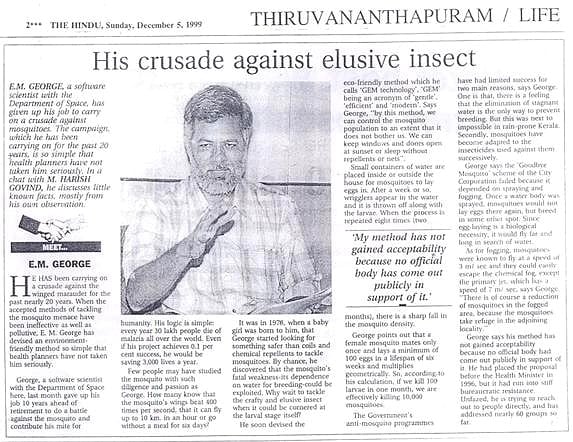 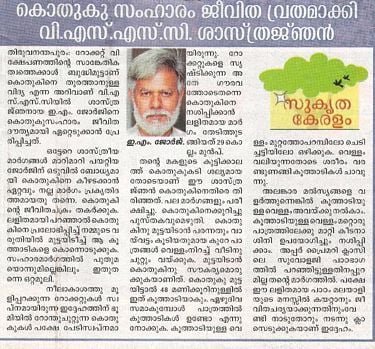 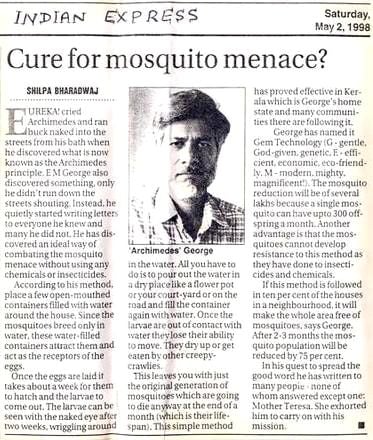 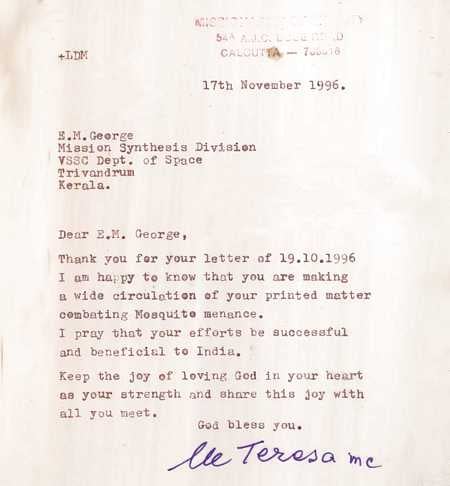 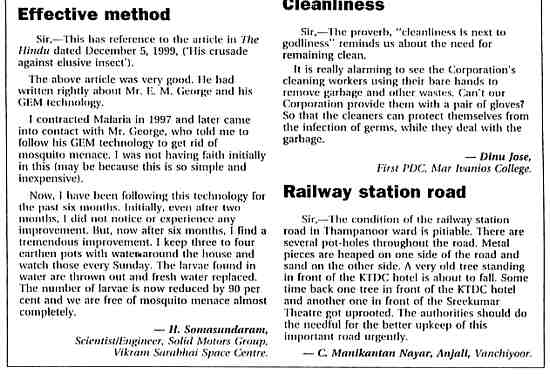