Zane Middle School lean with it rock with it

The purpose of this project is to educate middle school level students on the basics of chemistry and physical science through desalination. The project has not successfully fulfilled all desired criteria, but is currently being worked on. Team Zane-iacs went with a lean to design that was supposed to capture condensation to display the change from evaporated water to condensed water. Team Zane-iacs was formed at Cal Poly Humboldt in the Engr215 Introduction to Design class. 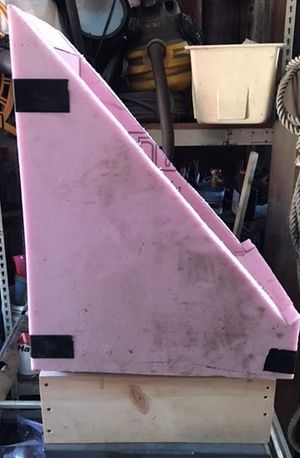 Zane Middle School is a STEAM school. STEAM stands for Science, Technology, Engineering, Art, and Math. Students at Zane Middle School have to follow Next Generation Science Standards(NGSS). This requires them to learn about physical science and chemistry. A way that the students are taught these science standards are through desalination. The original device, that was being used by the students to learn about desalination, did not fully evaporate water. The project that team Zane-iacs took on, was to help create a efficient device to replace the old method.

The objective of our design is to construct a reliable, electricity powered, and compact desalination device intended for the use of educating children on the subject of desalination.

The Lean with it Rock with it was the final design that selected to be implemented at Zane Middle School. This desalination device rests upon a rectangular wooden base. The insulated walls supporting the sides of the device are constructed from extruded polystyrene foam. The heating device used is a 750W 120V silicone mat with adjustable temperatures. The condensing unit is constructed from plexiglass, allowing for a visual demonstration of the desalination process. Once the water has evaporated and condensed on the plexiglass, clean water will fall into the catchment system, a collection device, where it will be collected. 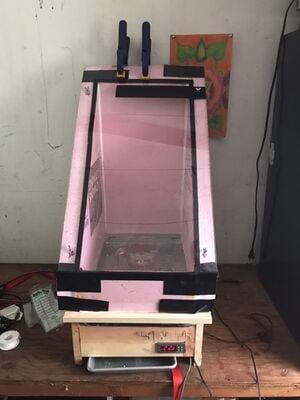 The desalination device is intended to be used on a countertop with electric power. The user should fill the beakers with a saline solution. Once the user has filled the beakers with a saline solution, the beakers should be placed on the heating pad. In order to place the beakers on the heating pad remove the plexiglass cover/condenser. The plexiglass cover can rest on the countertop while removed. After the user inserts the beakers of saline solution into the device they can put the cover back on and plug in the device. The device should take 1-2 days to complete desalination. Once desalination is complete. Remove the beakers, and clean the collection vessel. The collection vessel should stick out slightly, so the user will be able to see if it might overflow, and the vessel’s state of cleanliness. The beakers should have salt crystals in them. If larger salt crystals are desired use non iodized salt, and make it a hyper concentrated solution. One can also make the salt crystals have fun colors by adding food coloring. For proper functioning, the temperature probe should be placed in one of the beakers of water. This will maintain the water at the desired temperature.

To prototype the function of the heating device, a 12 x 12 in. silicone heating pad, a Pyrex glass measuring cup, and a stainless-steel container, was utilized to evaporate the hard water in the cup. 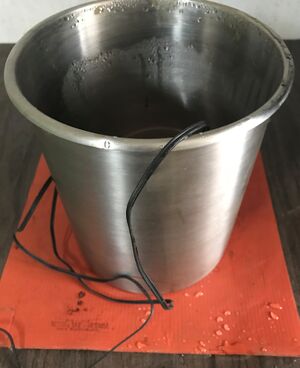 In the test, the stainless-steel container served as the insulation in maintaining the ideal temperature. The heating mat was set to 40 C and was observed over a period of 48 hours. During this period, a gradual decrease in water level was observed and the process resulted in residual salt crystals, and clean water.

To prototype the aesthetic of the device as a whole, a tea box and a piece of plastic wrap was utilized. This simple test solidified the use of a lean-to condenser in our final project. 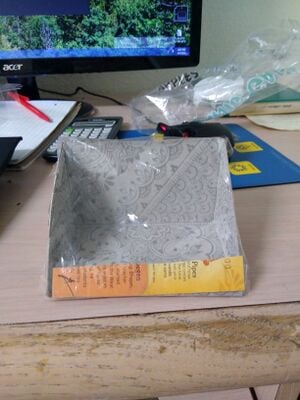 Prototype of the aesthetics of the entire device. Photo credit: Brenden Chavez.

To prototype the internal design of the device, a cardboard box was modified to create all the components of the device. 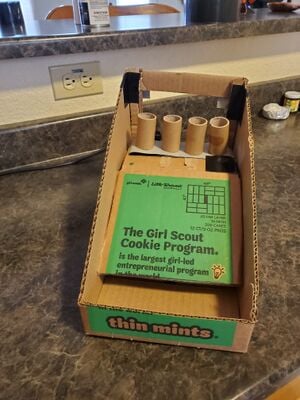 Model of the internal view of the device. Photo credit: Amanda Ratcliff.

This technology tested the functionality of use. It was easy to open and move the beakers in and out of the of the model. It also included the collection dish which demonstrated the ease of removal and decanting. This prototype was successful in delivering an efficient template.

The Desalination device can evaporate around 1 100ml solution of salt water in 1-2 days at 40 degrees Celsius.

The Desalination device does not require much maintenance. Basic cleaning needs to be done after each use. If any parts a broken

This is when to maintain what.

How to Build a Desalinator[edit | edit source] 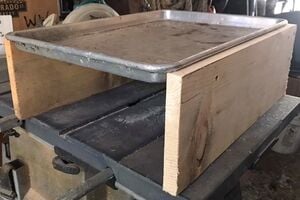 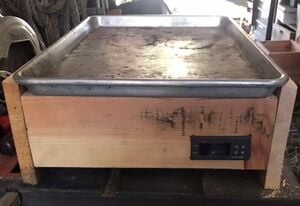 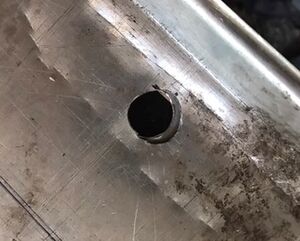 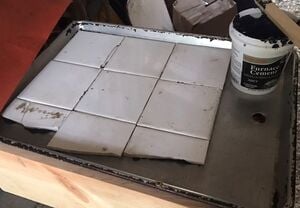 Caption
We only need the ceramic spacers under the area of the heat mat. Photo credit: Chris Koier.

Broken tiles can work well in this application. 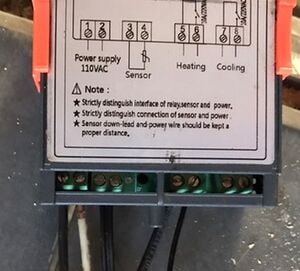 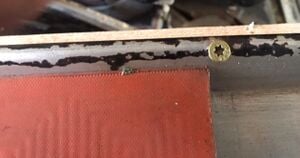 Use a slow speed for driving screws into metal, they snap easily. 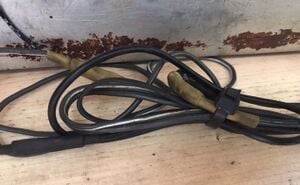 Be sure to not let any of the wiring touch the sheet pan, they can melt. 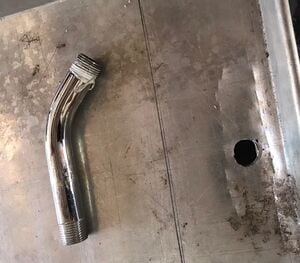 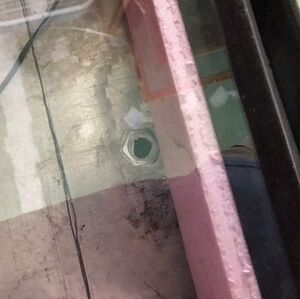 Enlarge ¾” hole in bottom sheet pan with metal files to allow ½” pipe to slide through. 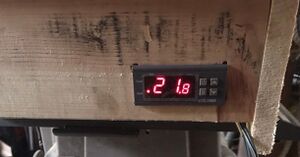 Caption
Lights are good, hold your hand over the top pan to see if it's warm. Photo credit: Chris Koier.

Our base is done. 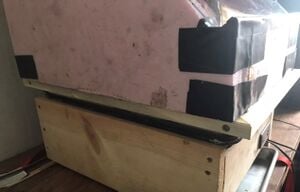 Use countersunk holes for the screws.

Caption
The lip on the right will hold the condenser in place. Photo credit: Chris Koier.
2 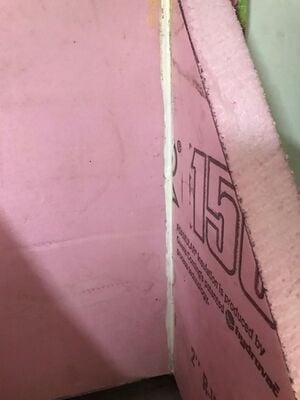 Caption
You may need to reseal after initial operation. Photo credit: Chris Koier.

Big cuts go more easily with the saw. Use the utility knife for finer cuts and to shave the cuts for a better fit. 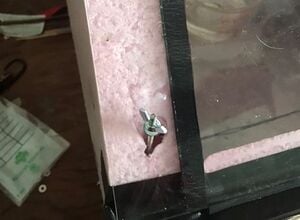 Caption
If you have difficulty getting nuts to thread on threaded rod, file them down a bit. Photo credit: Chris Koier.
2 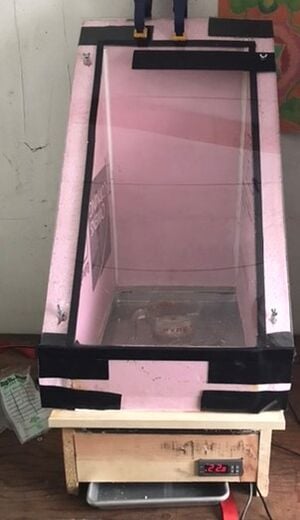 This is only how to troubleshoot basic operation. For complex issues, the solution might just say contact ________. It should be a table in this format:

After the final iteration of building this desalination device it is to be implemented in the classroom environment as a tool to teach physical science. This device is powered by electricity, so it should sit near a standard wall outlet on a countertop. During times it is not in use it will be stored on the countertop in the same place.

Page data
Retrieved from "https://www.appropedia.org/w/index.php?title=Zane_Middle_School_lean_with_it_rock_with_it&oldid=631195"
Cookies help us deliver our services. By using our services, you agree to our use of cookies.
Category:
Maintenance categories:
Comments
Privacy policy · About Appropedia · Disclaimers · Mobile view · Content is available under CC-BY-SA-4.0 unless otherwise noted.
</html