In May of 2015 American activist, journalist and internationally known feminist Gloria Steinem organized a peace march that would cross the hostile no mans land that connects warring neighbors North Korea and South Korea. The march between the two countries aimed to draw international attention to the 'forgotten war,' represent the rights of women within both North and South Korea and to reunite families inside the struggling nations. Steinem was joined by thousands of Korean women from both North and South and also marched alongside peacemakers from around the world including two Nobel Laureates. The march succeeded its goals and received international attention from major news outlets around the world.

North Korea has long been seen as a nation that holds great hostility for the outside world. With the efforts of Gloria Steinem the “Women cross the DMZ” brought a human element to the women living in the Korean peninsula. With an American journalist/activist leading the march, the western world saw a glimpse of unity between the two countries that is rarely seen.

While the event was well received by the international community, protestors also gathered to criticise the peacemakers for not addressing the real issues that exist within North Korea. Hundreds of conservative South Koreans, including defectors from the North rallied, accusing the activists of “flattering Kim Jong-un” and promoting a “fake peace” chanting, “go back to he North” (San-Hun, 2014). The conservative protesters rallied against the women as reports from North Korea claimed some of the visitors were praising North Korean leaders. While it is well known that the North Korean media is heavily censored and controlled by the state, the protestors did not address the issues that affect Korean’s in their every day life such as labour camps and unjust laws regarding imprisonment.

Former NBA star Dennis Rodman has always been considered a controversial figure in basketball but he shocked the world in 2013 when he claimed that Kim John Un the supreme leader of North Korea responsible for countless human rights violations is a “friend for life” (Francis, 2014). In his many visits to North Korea Rodman organized a basketball game between former NBA players and North Korean players. At times Rodman was considered the only westerner that was able to contact Un.

While Rodman and Steinem are vastly different people with different goals, it could be argued that both the ‘peace walk’ and Rodman’s visits to North Korea have a similar impact on western audience as they’re both examples of a superficial attempts of promoting peace that ignore the main issues that exist within Korean Peninsula. When given a platform to address issues that affect millions of people it is important to seize this opportunity and not let it go to waste (Central, 2014). 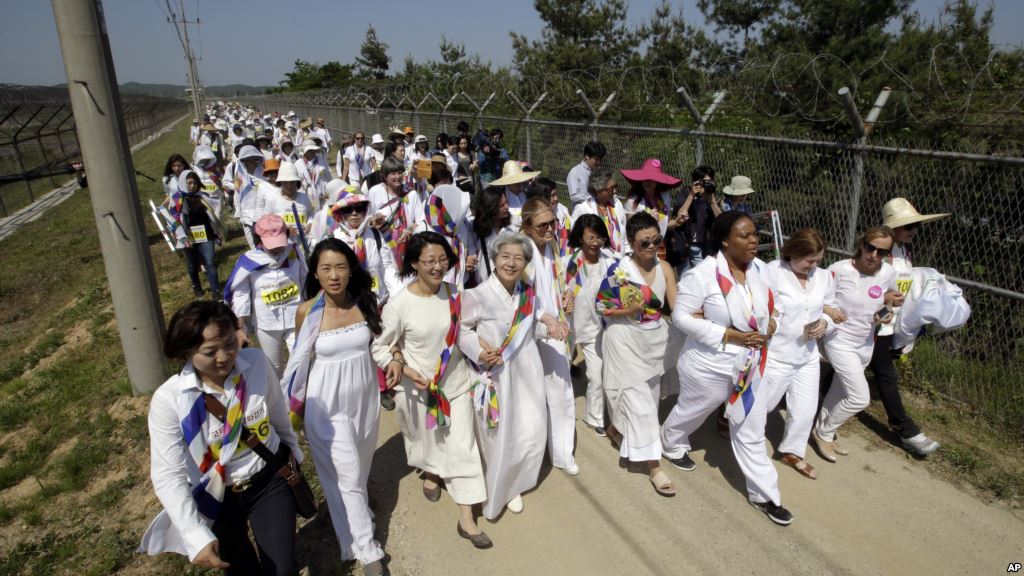 Page data
Retrieved from "https://www.appropedia.org/w/index.php?title=West_korea&oldid=597949"
Cookies help us deliver our services. By using our services, you agree to our use of cookies.
Category:
Maintenance categories:
Comments
Privacy policy · About Appropedia · Disclaimers · Mobile view · Content is available under CC-BY-SA-4.0 unless otherwise noted.
</html