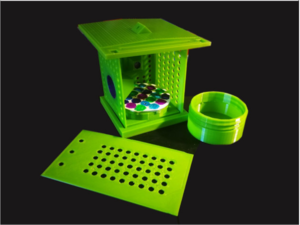 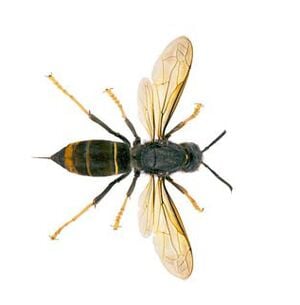 I had been thinking for a long time about a selective and non-lethal trap against the Asian hornets that hurt beekeepers. The idea came to me following a presentation of a bone prosthesis made by a 3D printer. The first step, with other steps in parallel, was to learn a software worthy of the name to create prototypes. I'm talking about "Fusion 360". Following beginner's courses from Lars Christensen, the schematics for the parts came to life very quickly.

I wanted to print them in a FabLab especially at Labboîte in Cergy, Paris Region, where an atmosphere of friendship and mutual aid reigns. Not possible, closed to the public by decree (COVID) for... we don't know how much longer. So, I decided to get some parts adapted to my needs, to build a 3D printer. Do not believe at all when you read on the internet some so called articles about how to build a 3D printer easily. I bought a lot of small parts to build on a Chinese skeleton up my 3D printer. After 2 days of nightmare, between depression and desire to throw everything out of the window, the adventure could finally begin.

It was also necessary to adapt the "slicer" software, to type a little gcode to adapt to a "home" machine and to adjust the print head - it takes a crazy, crazy time... - to the right distance, to within 5µ. The various elements of the trap are finally starting to appear.

In 3D, you have to have the wisdom of Jedi Master Yoda. The parts print out in 8-12 hours!

The design is based on a physical adaptation of my knowledge from the scientific articles I have had the pleasure of reading. I have made a small list of these articles at the end.

The two 8mm holes allow the passage of Asian hornets but not European hornets. The escape holes for other insects are 5.5mm to 6.5mm in diameter.

Pigments corresponding to color waves attractive to hornets were applied to the inlet holes and to the filter of the tank containing material composed of aromatic molecules for which hornets are statistically more sensitive.

Hornets do not see the same spectrum as we do. Their visual cells are sensitive to frequencies ranging from UV waves to 450nm. They do not have cells sensitive to the color red (magenta). It is therefore necessary to exclude everything that is beyond 400-450nm. Gluing the UV emitting pigments took a few days of trial and error. I remembered my years of scientific research. Developing a paradigm is not easy. It takes time, a lot of thinking and strong nerves, very strong...