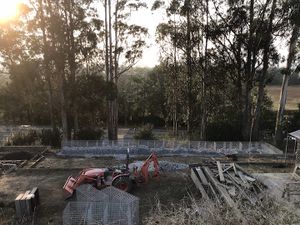 The objective for our design team was to create a gardening space for Six Rivers Charter High School in a space that which was deemed unmanageable by the schools Agriculture department. The development of the Landscape itself and the finished Gardening Landscape will serve the schools curriculum. The new space will offer more opportunity for the students to be hands on with food they are producing.

thDuring some development of the Gardening Landscape students enrolled in the Landscaping class at SRCHS were involved so they could learn directly through contributing to the construction of their new garden. The new garden There should be an image near the top.

Our Team was formed in Fall 2018 for an Environmental Resources Engineering class, Introduction to Design with Lonny Grafman, we were entrusted with delivering improvements to SRCHS's garden. SRCHS is located in Arcata, CA at 1720 M St., their Agricultural curriculum is run by Kelly Miller who was our direct client for the project. The school owns a plot of land that is situated along the side of a hill it had a large elevated garden bed that was unmaintained and whose retaining wall was giving way. The space is shared with Arcata High School, which is adjacent to SRCHS. One of the school's missions is to create "independent and interdependent learners", our team and Mrs. Miller envisioned the Gardening Landscape being redesigned so that it could be used by both school to teach this discipline. 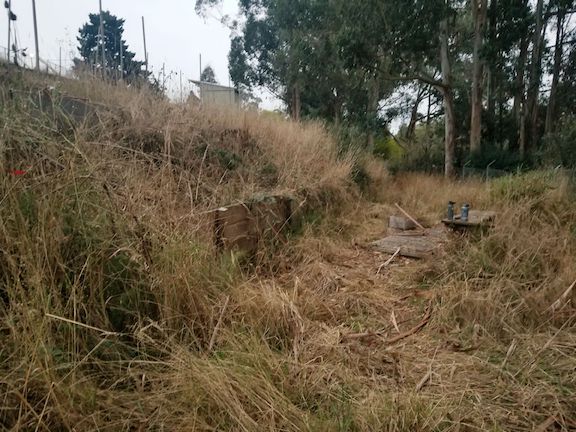 Six Rivers Charter High School has an agricultural curriculum, but there agricultural space is overgrown with weeds and their retaining wall that is holding their soil in place is failing. The space should be accessible and easy to manage so that students can enjoy the space and learn within it too.

To narrow down our design aspects our team used a list of weighted criteria to chose how we would redesign this space for SRCHS.

Our solution to our project needs was a 66'x2'x4' cubic foot gabion gravity wall. Essentially a gabion gravity wall is array of cages built out of galvanized wire that are designed to hold a large amount of rocks. Once filled with rocks the gabions are practically unmovable due to their massive weight. To assure that the gabions would hold in place a layer of angular rocks was set as a base and the gabions were placed slightly angled toward the soil that makes up the garden landscape. Installing the new wall allowed for us to double the surface area of leveled off gardening space. 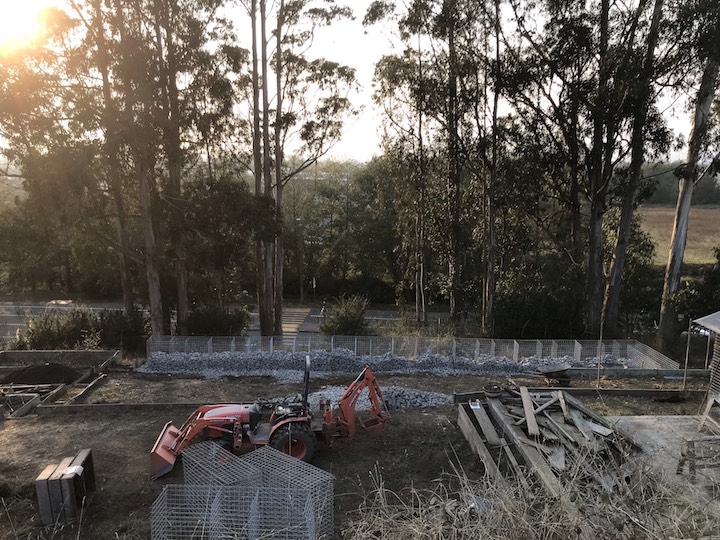 In class prototype made from scrap material. 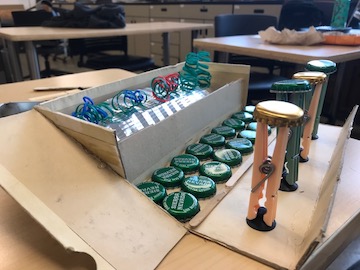 Story board for the deconstruction of the retaining wall and installation of gabion wall. 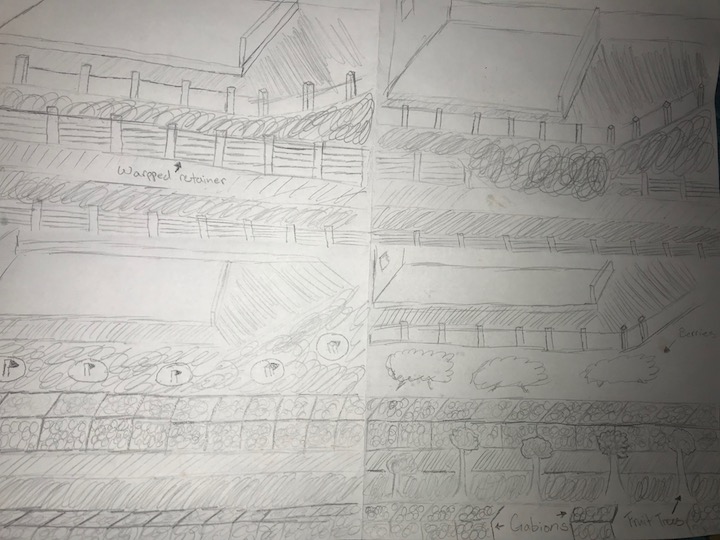 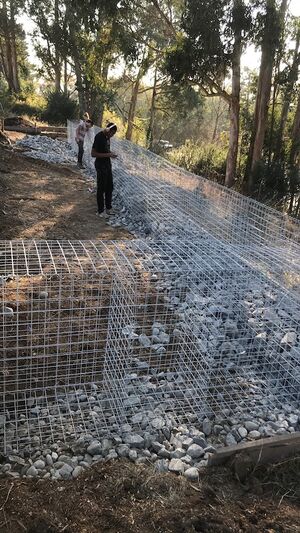 Backpack frame bike trailer
Level out ground to set a layer of angular base rocks.
2 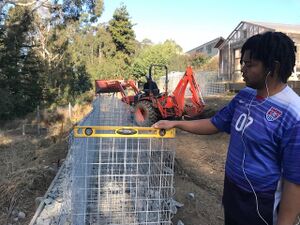 A brief section covering some maintenance requirements for the the Garden Landscape.

Gabions were chosen to build the gravity wall due to there low maintenance requirements. Besides ensuring that the gabions are safe, the soil should be tested for a certain pH. 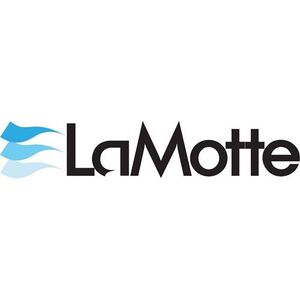 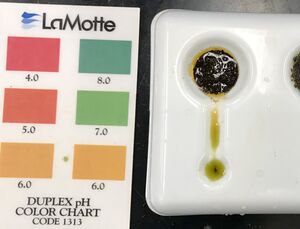 Put a small amount of soil and submerge in Duplex Solution. After It changes color chose the appropriate solution for said color.
3 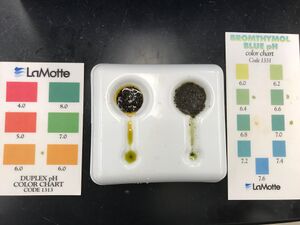 Once the appropriate solution is chosen the color that results from the second solution test distinguishes the pH.

The next step for the Garden Landscape would be to plant legumes to help establish the soils health and stability. More importantly the school should invest in a weed control fabric for installation during summers. This way they avoid returning to a garden space infested with weeds and grass.

As a team we believe that enclosing the gabions in soil will make the space look ascetically pleasing and will enhance the safety of the space. Adding a fence to the edge of the planter is also encouraged due to the four foot height of the gabion wall.