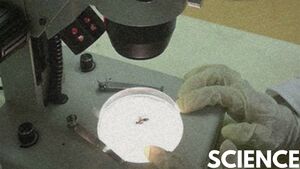 The dictionary definition of science is knowledge; from Old French and Latin - to know - as in - knowledge obtained by study and practice. Any department of systematized knowledge, and any branch of study concerned with observation and classification of facts, especially with the establishment of veritable general laws, chiefly by inductive logic and hypothesis - as mathematical science.

Also, science is accumulated knowledge systematized and formulated with reference to the discovery of general truths or the operation of general laws; especially such knowledge when it relates to the physical world - called also natural science.

The scientific method is a method of procedure - or, a step by step way of doing experiments, each step and its result accurately and clearly recorded - that has been used to characterize natural science since the 1600's. It consists of systematic observation, measurement and experiment, and the formulation,testing and modification of a hypothesis. When used in the practice of exact science, scientific method and experiment yield scientific research.

A hypothesis is a proposed explanation, via a system of ideas and on the basis of limited information, that is used as a starting point for further investigation. When the explanation stands up to scrutiny - through the experiment yielding evidence, it becomes a scientifically accepted general principle. Valid hypotheses can be combined to form a theory.

A theory is a system of ideas, or a set of principles, intended to explain something.