The straw is derived from renewable crops such as wheat grass and rice. Once threshed edible seeds of mature plants, strong and fibrous stalks that are left over are compacted into bales. The straw bales are renewable, durable, efficient and well insulated.[1]

How its used[edit | edit source] 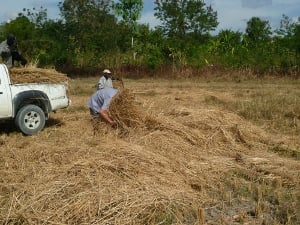 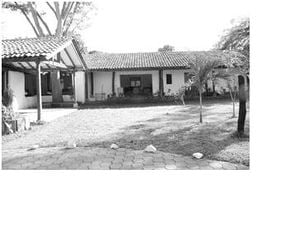 In Nicaragua a house was built with rice straw. Previously seen as waste, the straw became a construction material. In this example they first lined with straw bales and added in a mixture of cement and sand to fill them. It was built by the organization "Peace and Hope Trust".[6]

About Natural Building and Examples in Appropedia[edit | edit source]

Page data
Retrieved from "https://www.appropedia.org/w/index.php?title=Rice_Slip&oldid=621963"
Cookies help us deliver our services. By using our services, you agree to our use of cookies.
Categories:
Maintenance categories:
Comments
Privacy policy · About Appropedia · Disclaimers · Mobile view · Content is available under CC-BY-SA-4.0 unless otherwise noted.
</html