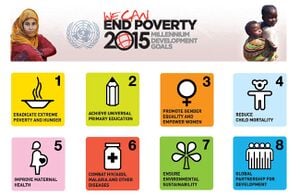 ==level 1==Introduction The UN released an update report in November 2013 to show the status of the Millennium Development Goals in Iraq.

====level 3==== Status of MDGs in Iraq In 2013 almost 94% of the Iraqi population had access to improved sanitation and sewage, but almost 30% of them had no access to properly sanitized drinking water. A report on the Millennium Development Goals (MDGs) set to be completed within the country by 2015 will be published soon. For a large percentage of Iraqis, gathering water involves walking far to find water. Improved infrastructure will help to make water more accessible. The United Nations is currently working with Iraq to align the country with sustainable practices. 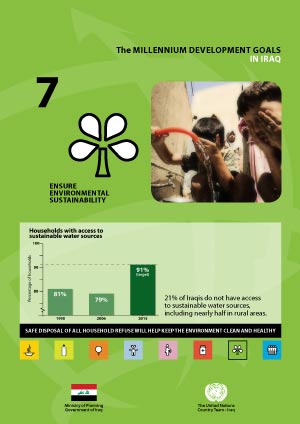