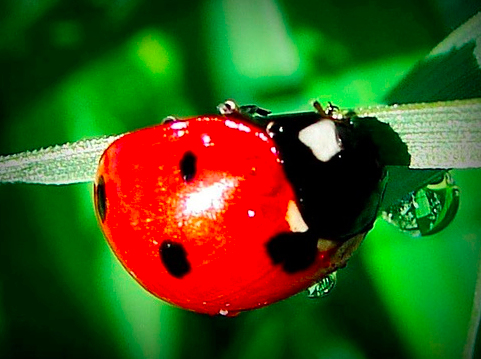 The adult lady beetle has a round or ovular shape. The thorax is covered by a plate known as the pronotum, and this conceals the head when the beetle is viewed from above.[1]

The colouring of lady beetles varies from the well-known red to yellows, oranges and black. Not all lady beetles have spots; some have no patterning, while others have splodges or stripes. 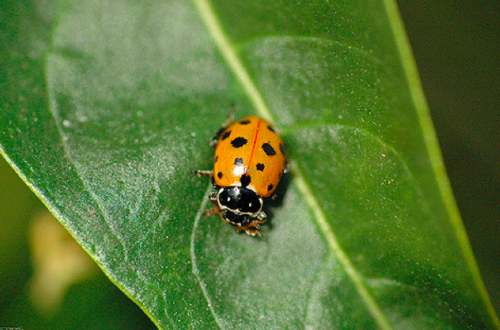 The larvae of the lady beetle is long and slim, and covered with spiny protrusions. The legs are short. The colouring varies and includes orange, yellow or white. Some larvae have long hairs or long spikes covering their bodies. 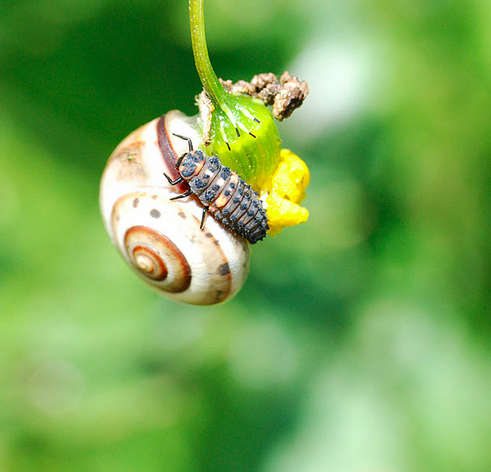 The larvae of the variegated lady beetle.

Lady beetles have wings and fly from plant to plant.

There are many lady beetles around the world, and owing to the fact than many have been introduced to deal with pests, there is widespread mixing of both native and introduced species of lady beetles.

Lady beetles have been used for a long time by gardeners to control garden pests. For example, in the late 1800s, Vedalia lady beetles were imported and used to control cottony cushion scale in the United States.[1]