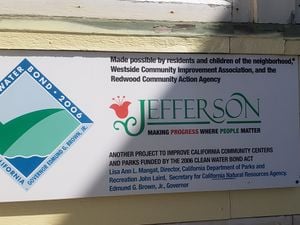 The Jefferson Community Center is a public community center located in Eureka, California. For over 5 years, it has served as the centerpiece of the local community and helped many people in various ways. It didn't start out this way, though. Throughout the 20th century, it was an elementary school that had a number of major additions to the building itself including one in the 40s. Due to decreasing enrollment and other factors, the elementary school was forced to close down and move its students to other schools. Following this, the building became abandoned and turned into a place where drugs, crime, and other bad things regularly went down. In essence, it became a drug den. Sad times were upon the once vibrant Jefferson Elementary School. Now, this wasn't going to last forever as the community became increasingly outraged over the state of a local community building. So, in the late 2000s, a 3.3 million dollar grant was created to turn the building into a community center. In 2011, the Jefferson Community Center officially opened its doors.

Today, it is more than just a community center -- as described earlier, it is a place where the community comes together and grows. Everything from drug rehab programs to cooking classes is offered. They've even got a program called the Bike Kitchen, where if you work on fixing bikes for a certain number of hours, you actually get to earn a bike. In addition to all this, the Jefferson Community Center aims to be self-sustainable. It's already on the right track, including rainwater catchment systems and solar panels just to name a few of the things. Moreover, there are gardens with both native and non-native plants that feed the community and offer a place where birds and bees can come to pollinate flowers and whatnot. Another aim of the Jefferson Community Center is inclusiveness, meaning that everyone is welcome and nobody is left behind. There are rainbow steps to symbolize this idea near the playground!