The Grootbos Foundation is part of eco-tourism destination Grootbos Private Nature Reserve, based outside of Cape Town, South Africa. It emphasizes environmental preservation and education throughout the country. 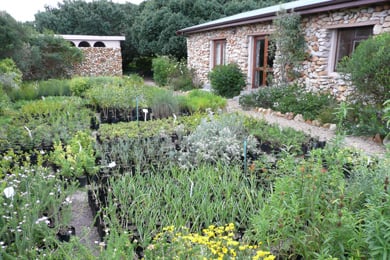 Michael Lutzeyer of the Grootbos Private Nature Reserve founded the Grootbos Foundation in 2005. The reserve itself has nearly 800 species of Fynbos, a type of shrub native to South Africa. The reserve serves as a tourism destination that focuses on the unique ecosystem of the area. It offers guided tours and environmental activities to its guests. Profit made at the reseve goes toward funding the Grootbos Foundation's projects. The photo on the left shows the two lodges at the reserve. [1] 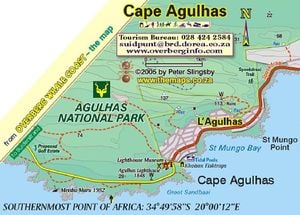 The Grootbos Nature Reserve is on the Agulhas Plain in South Africa.

The reserve is on the southern tip of South Africa, which is one of the most ecologically diverse countries in the world. It is home to nearly 10 percent of the planet’s plant species and 7 percent of the reptile, bird and mammal species, even though the country only makes up 2 percent of the world's land mass.[2] The South African government recognizes habitat fragmentation, invasive species, over-exploitation and climate change as factors that have led to the recent decline of biodiversity in the country.[3] The Grootbos Foundation aims to raise awareness about these problems, and seeks to preserve and conduct research on South Africa's natural environment.

The foundation's mission statement is, "The conservation of biodiversity of Grootbos and its surrounds and development of sustainable nature based livelihoods through ecotourism, research, management and education."[4]

The foundation runs projects throughout the country, the most popular of which are Spaces for Sports, the Green Futures Horticulture and Life Skills College and the Education Fund. It also works closely with Dyer Island Conservation Trust (DICT), the DEAT Project in Walker Bay and the Flower Valley Conservation Trust.

"The Grootbos Foundation believes that through the development of these facilities and thus the creation of opportunities for young people - especially those who are deprived of these opportunities, to participate in sport, have access to professional coaching, and learn about the environment, our vision of improved social integration and development of community will be realised." - The Grootbos Foundation[5]

Because of the project's success, the foundation began the Football Foundation of South Africa (FFSA), which provides sports equipment and sponsors teams throughout South Africa. The below video shows the Spaces for Sports program in action.

In 2010, South Africa's unemployment rate was 24 percent and more than 50 percent of South Africans are currently impoverished.[6] Lutzeyer and the foundation decided to launch the Green Futures Horticulture and Life Skills College in order to train workers for green jobs. The college has been extremely successful. "There have been no drop-outs since the inception of the school and all of past students have gained work in horticultural, conservation or eco-tourism businesses," according to the foundation's website.[7]

The foundation also established an education fund. It provides books, school clothing and other things necessary for school to local children.

The Grootbos Foundation is a registered non-profit organization and depends solely on donations to run. Some well-known donors include IBM, BMW and Al Gore. To donate, visit the foundation's donation page.