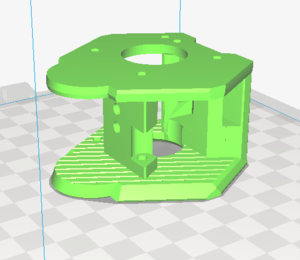 This is a web page for the Engineering 242s personal Appropedia project. Its goal is to document our experiences and progress as we accomplish the activities in this class. I for one, will be focusing on the open source side of things discussing the implications of this technology and the activity we do in class. I will also be sharing all source files of the projects I work on as well as discussions surrounding each one.

Why 3-D Printing? A recent report from data company Wanted Analytics found that in one month 35 percent of engineering job listings from a variety of fields, including biomedical, software, and transportation industries, required applicants familiar with 3-D printing.

Having personally helped open source projects come to life in the past I am no stranger to how they operate. However this is the first time I have been involved with a project as developed as the 3D printing community is. Most of my past contributions are community coding projects on *GitHub[1]. What attracts me to open source technologies is the ever evolving and entirely open-ness of them. You have the ability to see every part of a piece, rather than just the parts the developers want you to see. As a self declared Tinkerer, I love tearing something apart to view how ALL of it works, not just select parts.

What I plan on doing with my Jellybox printer is the class projects and doing research into cheaper alternatives to scientific gear for microscopes and telescopes. Later on once I build my own 3D printer I would love to delve into board game and miniature figurines.

My hypothesis is that the horizontally printed coupons will be ultimately stronger when compared to the vertically printed coupons. Further hypothesis on the types of print settings and their control over print quality: slower flow rates with higher temperatures will yield a stronger print while faster flow rates with lower temperatures will yield weaker bonds between layers thus resulting in weaker print quality.

Stress testing the coupon was accomplished by the use of a vertical tensile stress tester clamped on opposite ends of the coupon and then applying continuous increments of force until the unit broke. The original MiniMech project called for test coupons with dimensions of 180 mm x 13 mm with a thickness of 3.2mm with a deviation of +/- 0.05mm for allotted change in unit size. These dimensions are in accordance with standard ASTM design protocol and would have been compared with other research data upon completion of the project. When these test coupons were inserted into the PASCO test machine they proved too tough and the clamps could not get a tight enough grip in order to apply enough force to break them. The test coupons kept on slipping out of the clamps and thus a redesign had to be constructed in order to comply with our limited testing equipment. These new test coupon designs were modeled off of the supplied coupon by the manufacture of the stress testing machine. They were much smaller and slimmer in size than our ASTM standardized coupons. They worked flawlessly in the machine with results as expected when compared against our hypothesis. The coupons that were slower, with higher temperatures performed better than the faster, lower temperature coupons.

Data was uploaded to a class group excel sheet; with limited accounts uploaded data it appeared that for the majority of users they experienced similar test results when compared against my own. With each individual testing different elements in each print and the printer quality control taken into account a rough estimation of the data can be gathered. From the 18 entries at time of writing the average max tensile force applied to the vertical test coupons was: -124.667n, with an average elongation of -194.667mm's. For horizontally printed coupons similar results were gathered when compared against our hypothesis. Max tensile force: 194.667 with an average elongation of -1.7808944mm. Thus we can conclude that the horizontally printed coupons were stronger in the tensile strength testing however the vertical coupons proved more prone to elongation in similar tests. In the future in order to comply with ASTM standards a modified clamp should be made, this would allow us to enter our data into official ASTM testing coupon databases.

One of our assignments was to design a rock climbing grip, having extensive rock climbing experience I knew roughly the type of shape I wanted to create. I first started with creating a design in mudbox, a free trial alternative to Zbrush. Within this application I modeled a nub style grip which would've worked perfectly if I was able to export the object to blender for stl transformation. However this was not the case and after a few hours of mucking around with file extensions I decided to start over explicitly in blender.

There I created a ledge style grip, gave it a screw hole and printed it. On my third print attempt after a belt tightening I managed a successful print.

Bottom left, the model of the bee feeder I am basing my product off of. You would attach a mason jar filled with sugar water by screwing it onto the top and slotting it into the side of a hive. On the right is a wireframe view of my model along with a file attachment. If you follow the link here you will be taken to the Bee Feeder appropedia OSAT project page. 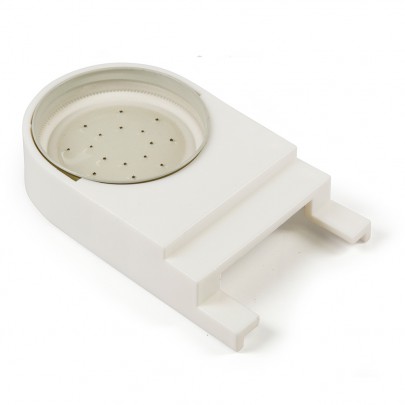 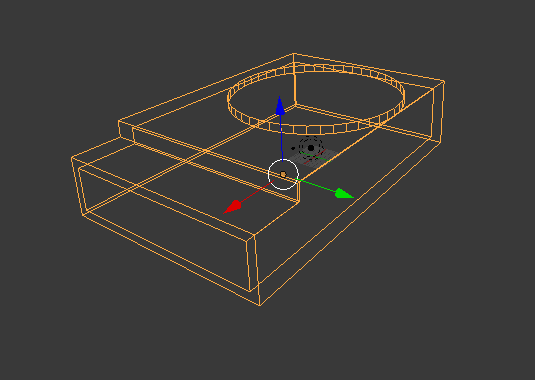