In 1949, during the time Arcata's first sewers were built, the construction of the town's first wastewater treatment plant was complete. However, the plant only consisted of primary treatment (Figure 1), with no chlorination, and the wastewater was discharged directly into the bay. The problem with having only primary treatment, which only removes solids, is that it does not reduce Biological Oxygen Demand (BOD) and the effluent will carry suspended soils and possibly pathogens as well.[1] 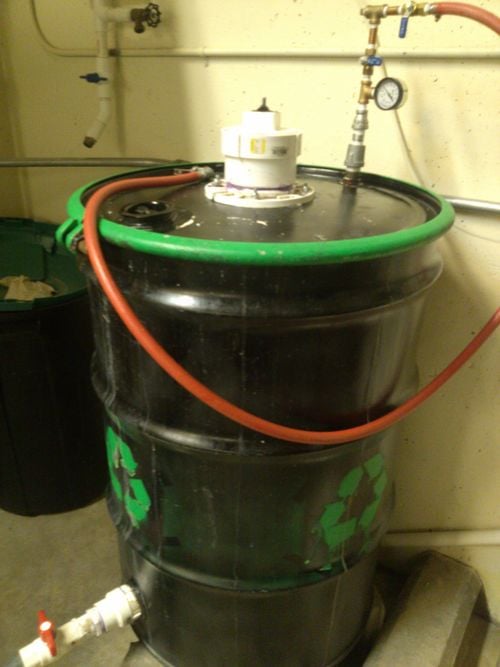 Secondary treatment was added in 1957 when fifty-five acres of oxidation ponds (Figure 2) were built at the facility by diking off a portion of the bay.[2] Time, water, plants, bacteria, and fungi, all contribute to the purification of the wastewater to secondary standards.[3] These treatments were later followed by the addition of chlorination in 1968, which is used to reduce pathogen loads in the wastewater. And dechlorination in 1975, which is the use of sulfur dioxide gas to remove the chlorine from the wastewater.

Eureka, a larger city 5 miles south was often dumping raw sewage into the bay, and Arcata's wastewater treatment plant was not adequately treating their wastewater.[1] In 1974, the California State Water Resources Control Board (SWRCB) passed the "Bays and Estuaries Policy," which prohibited discharge of wastewater into bays and estuaries. The only exception of continuing to discharge effluent into the bay was that if it was proven to enhance the quality of the receiving waters. "Enhancement, meaning that the receiving waters would be improved by the discharge or that a beneficial use would be created which couldn't otherwise exist." -Gary Grimm, Regional Water Quality Control Board (RWQCB) Legal Counsel.[4] The city of Arcata was given a period of 90 days by the (RWQCB) to complete studies that would show its disharge would "enhance" the bay, but studies would not be able to be proven without years of study. 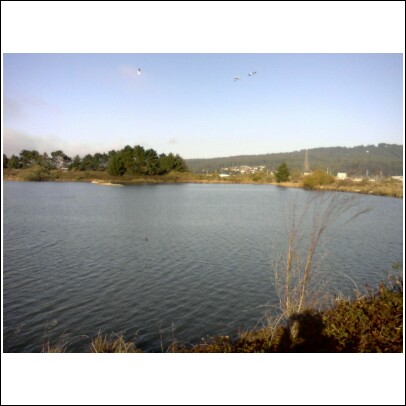 Figure 2: Kloop Lake was built during the construction of the enhancement marshes. Photo by: Steven Padilla.

The only possible way of satisfying regulations forced by the (SWRCB) was that if the municipalities of Arcata, Eureka, and Mckinleyville pulled all resources together. One city could not possibly stand alone due to costs. Although the city of Arcata did not want to pull together with the other cities at first, they were forced into the sewer plan because they did not have time to complete studies. Thus, the "Joint Powers Agency" was created. Plans for this project continued to progress and a study completed by Metcalf & Eddy (an engineering firm) estimated that the treatment plant would cost $25 million..[1]

In 1974, Dan Hauser, Arcata Councillor, claimed that the regional project would be "an environmental disaster" due to costs and the amount of energy that would be used.[4] Sewer bills would double in the near future and would continue to climb. However, this was not the only problem. The creation of large interceptors (sewer lines) running along Highway 101 from Mckinleyville to Eureka would be a potential threat to eliminating the rural character of the area. Large energy requirements for pumping sewage to the plant and the potential for breaks in the pipe crossing the bay posed environmental concerns. The investment of Arcata's current wastewater treatment plant would be lost as well.

The Oyster Farmers of the Humboldt Bay area were also against the proposal for the treatment plant because of the contamination of the oyster beds caused by the wastewater sewage. This estuary is the largest between San Francisco and the Columbia River in Oregon and provides two-thirds of the states harvest of Pacific Oysters. After an eight year period of conflict, the proposal collapsed.

Before these so called Wastewater Wars, studies of an alternative plan began in 1969 when Cal Poly Humboldt professor, Dr. George Allen began a new wastewater aquaculture experiment known as the "Pilot Project." This unique and innovative project uses wastewater mixed with Humboldt Bay water to rear multiple species of fish including chinook, coho, steelhead, cutthroat, and sturgeon.[5] "Ocean Ranching" was a commonly used term for the experiment. These experiments were continued and followed by Robert Gearheart, another Cal Poly Humboldt professor, in the mid 1970's. The City of Arcata team, consisting of these two men, Public Works director Frank Klopp, and City Councillor Dan Hauser, proposed to the Regional Water Quality Control Board that they would have a water treatment process that would not only treat wastewater effectively but also "enhance" biological productivity of the wetland environment. In 1979, the state of California authorized Arcata to demonstrate "enhancement."[2] This process took three years to complete and at the end of the project the Board agreed that the Marsh system would protect and enhance the beneficial uses of the Bay, and aslo meet the intent of the "Bays and Estuaries Policy." 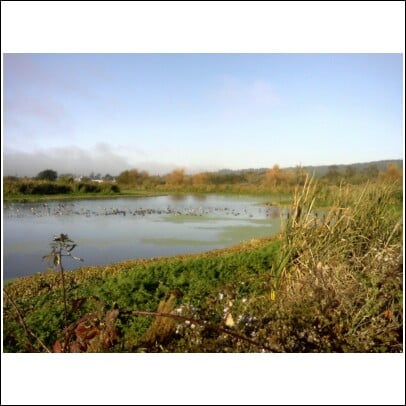 Figure 3: Some of the many species of birds and ducks here at the marsh. Photo by: Steven Padilla

Coastal Conservancy, a California non-profit organization, often works with communities to restore coastal land. This organization did not want to get involved with the regional sewer issue, but they were observing Arcata's events and their offer of $350,000 funded and facilitated the construction of the three original wetlands. A multitude of volunteer help by the organization was also given. With the help of the Redwood Region Andubon Society and Cal Poly Humboldt, the city of Arcata and Coastal Conservancy spearheaded the project. In 1986, the plant was completed at a cost of $7.1 million.[1]

The following year Arcata received $100,000 to develope the Arcata Marsh Interpretive Center which was completed in 1993.[3] Today, while the marsh treats all of the city's municipal sewage and wastewater, it is also the home of many species of animals and plants including some that are listed as threatened or endangered. Some species are entirely dependent on wetlands for their survival and spend their entire lifetime in wetlands while some just spend a portion. The marsh lies along the Pacific Highway which is a migration route for thousands of birds. The birds (Figure 3) stop to rest and eat while flying north in the spring and south in the fall due to climate changes.

Before any of the wastewater is released into the Bay, it must circulate through one of the three treatment wetlands, which removes algae by shading it out to die. At a split flow, some of the water goes through the chlorination facility while some is sent to the enhancement marshes. The wastewater will then circulate through all three enhancemeent marshes which will continue to remove solids, BOD, and nutrients. The six-marsh system consists of:

From here, water is then returned to the treatment plant.

Page data
Retrieved from "https://www.appropedia.org/w/index.php?title=Arcata_Marsh_Plant_development&oldid=617933"
Cookies help us deliver our services. By using our services, you agree to our use of cookies.
Categories:
Maintenance categories:
Comments
Privacy policy · About Appropedia · Disclaimers · Mobile view · Content is available under CC-BY-SA-4.0 unless otherwise noted.
</html