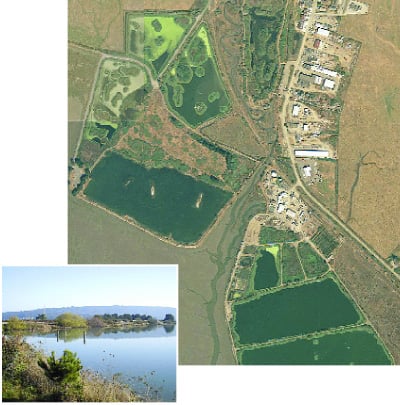 Anaerobic ponds are lagoons containing mostly anaerobic bacteria (Acteroides Fragilis, and Fusobacterium). They are intolerant to oxygen and require that oxygen levels are very low around 0.2 mg/L .[2] They are greater in depth than aerobic ponds to allow for low light penetration, so that photosynthesis can't be initiated throughout. When the ponds are introduced to high concentrations of organic matter the transparency of the water decreases contributing to low dissolved oxygen levels from the lack of photosynthesis. Depths of 2-5 meters and high waste content give a suitable environment for these bacteria. A BOD concentration of no greater than 1000 mg/L is desirable to sustain anaerobic conditions.[1] 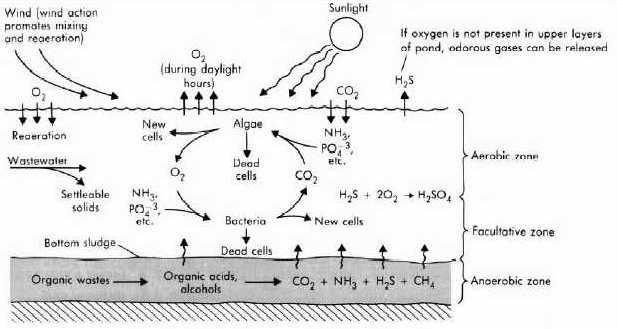 Figure 2. Representation of a Facultative Oxidation Pond courtesy of http://stabilizationponds.sdsu.edu/