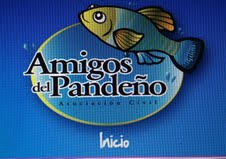 Amigos del Pandeño is a non-governmental organization (NGO) based out of Julimes, Chicuahua, Mexico. Founded in 2008, their main focus is to conserve water from “El Pandeño,” which is a hotspring located in the Rio Conchos Basin in Chicuahua, Mexico. Amigos del Pandeño is also concentrating on upgrading the irrigation and protecting the Julimes pupfish. The “hottest fish in the world,” is endangered and lives in El Pandeño. 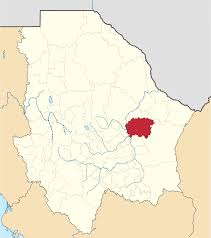 In September 2010, “the National Water Commission (CONAGUA) issued positive response to a request made by "Amigos del Pandeño", to allow them to hold the custody, for the use and management of the federal lands surrounding "El Pandeño" -officially known as "San Jose de Pandos"- thermal spring, for environmental purposes, for a ten years term.”

Also, in 2010 Amigos del Pandeño began working on the irrigation in Julimes. They built a “biofilter which treats raw sewage from 50 homes in Julimes. The water treatment system was designed as a primary treament plant that avoids untreated sewage to flow into the Rio Conchos. “ This was done in partnership with Rotary International and the WWF-Chichuahuan Desert Program.