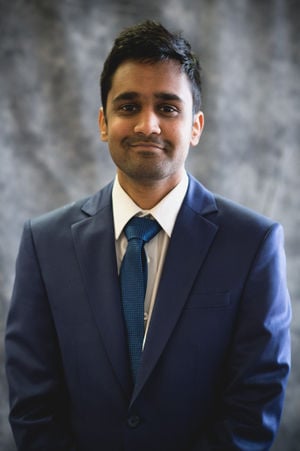 Hello! This is Sreekanth Menon. I'm a graduate student in my second semester in the ECE Department at Michigan Technological University.

I completed my BS in Electrical Engineering from Mumbai University in 2013. I then worked for two years as an Electrical Design Engineer at Clancy Global in India. I remember the launch of the Powerwall by Elon Musk and getting really excited about its effects on the world of renewable energy and how it signaled a huge step forward in making clean energy accessible to the general populace. This inspired me to go for my graduate education in the field of renewable energy. I then started preparing for my graduate school entrance exams during which I also worked for four months at an educational tech start-up which was involved in creating interactive content for the purpose of educating children studying in government aided schools in rural areas. I started my graduate education at Michigan Technological University in August 2016.

As a part of my final year project, I along with my team created and demonstrated the working of a voltage stabilizer using a buck boost transformer.It could be used in laboratories to regulate the flow of voltage for sensitive applications.

This term project for Power System Operations looked at different methods of transmission loss allocation by using a similar system and comparing results obtained. It also explored in detail a novel way of allocating reactive as well as active power losses by modeling as well as using mathematical analysis.

Was on the Geothermal team which as part of a design and study project, looked at the feasibility of using geothermal energy to cool the ice rink and heat the surrounding stands at the Houghton County Arena and to offset the costs by using solar power as a supplementary source of energy.

My areas of interest include electrical system design, renewable energy and energy policy and economics. My interest in pursuing a career in renewable energy led me to choosing the MY 5490 course which has me working on a project titled 'Value of Solar' (VoS) under Prof. Joshua Pearce.