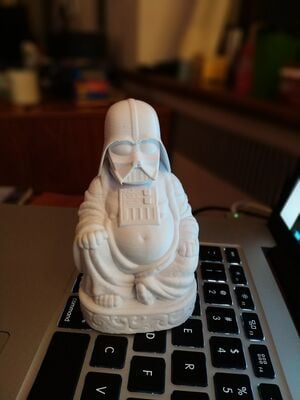 Skylyr Cieply is a professional student at Principia. He is studying business and art but also has an affinity for engineering and technology. He has worked in marketing and social media.

Skylyr is quoted as saying: " The open source movement is very interesting. There is a lot of value in being able share parts, plans, code, and licensing. I think that it is perhaps an extreme in the world of business but that is why it will make changes in the way we live. I don't think that it is necessarily the system in place but I do think that more companies should begin adopting some open source practices, specifically offering files for replacement parts. That would extend the lifecycles of their products and increase brand loyalty. The open source movement is great because it opens lots of doors to innovation and marketing. I think most valuable of the two is innovation which can be easily stifled by proprietary technology and patents. I got to experience one of the benefits of open source communities when I recently broke a clip to a camp chair and simply printed a replacement on my Jellybox. I think that if I were a merchandising company owner, selling things with lots of parts I would be silly not to consider releasing files for replacements at some point in time, but I also think that might not always be in the best interest of the company and timing would be important".

We were assigned an object to Celtic-ify. I was assigned a vase and here are the first two attempts. I chose a hexagonal vase and a celtic cross to merge into one print. I used Meshlabb to join the two files and then put the finishing touches on in cura. The final print took a very long time after strengthening the walls and making sure the print would adhere to the build plate. 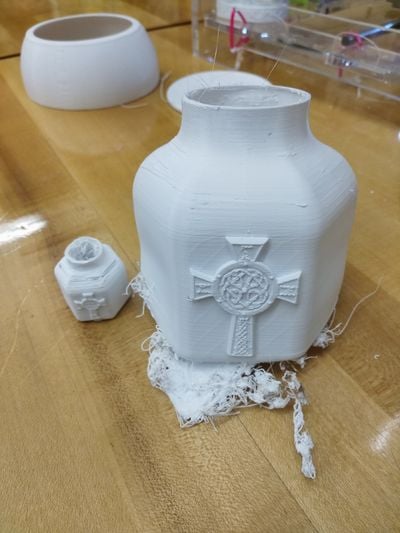 I worked on designing an enclosure for a data radio for our solar car team. I had to take the measurements of the radio, then I used FreeCAD to design the following: 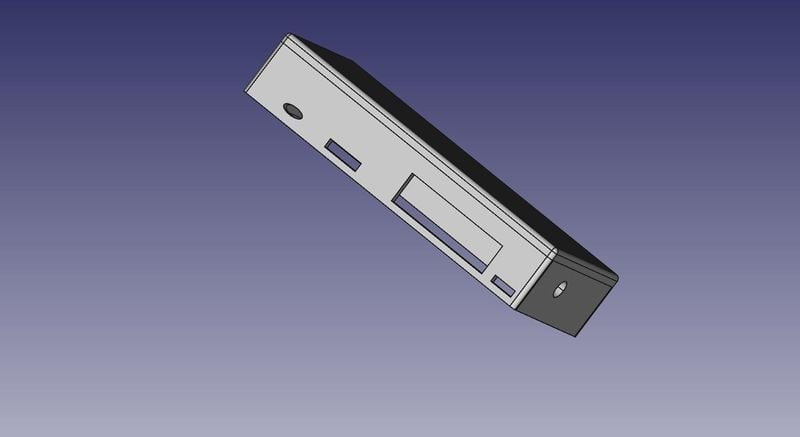 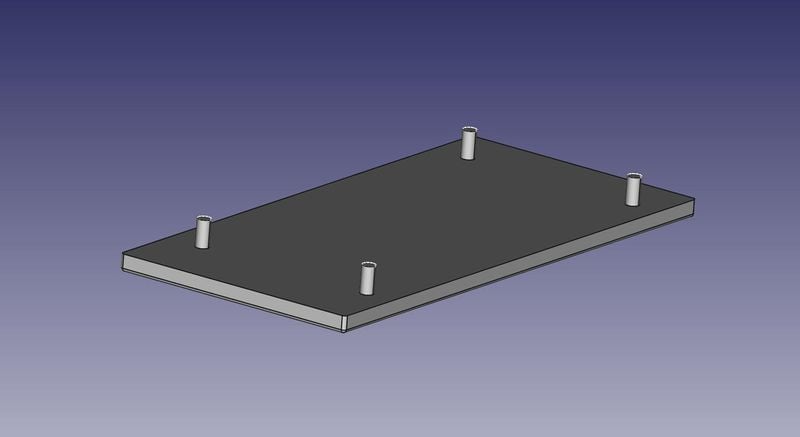 This solution would be much cheaper than buying from the OEM because, to my knowledge they do not sell the box separately. If they did it would likely cost $20-80. This print used about 24 grams of filament which means the cost is about $0.03.

For this project I designed a cup holder insert for the center console of an E30 3-series BMW. Aftermarket equivalents generally cost $90+, this represents a 96% savings on that price. I would sell them for $10, printed in black or grey with thicker shells. I would like to develop this more and I had trouble in the CAD software and could not find exact dimensions as I do not own one of these cars. 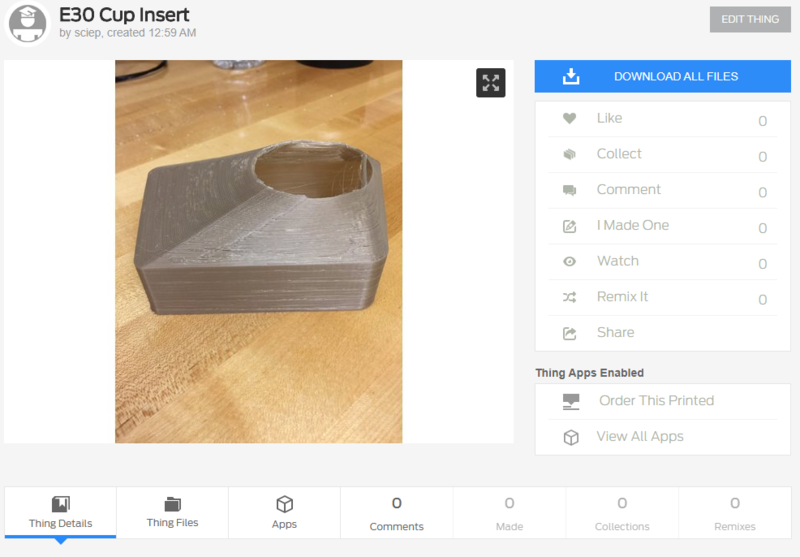