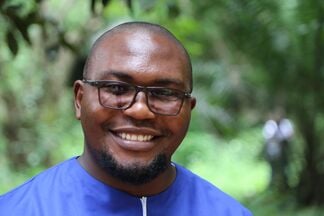 Have a proven and strong ability to conduct interdisciplinary research, with remarkable Leadership, managerial and Teamwork skills.

The Sangaboard is a motor controller for unipolar stepper motors such as the cheap 28BYJ-48 motors. The custom board (v0.3) which is based on the Atmega32u4 can be programmed as an Arduino Leonardo in the Arduino IDE. Versions 0.1 and 0.2 were based on an Arduino Nano and a couple of Darlington pair ICs. It owes quite a bit to Fergus Riche's motor board, the hardware developed by OpenScope and the Arduino-based motor controller used by a number of summer students working with Richard Bowman in Cambridge, particularly James Sharkey. It is currently the motor board used by the OpenFlexure Microscope. It was formerly known as the OpenFlexure Nano Motor Controller, with a repository on github.

The design has evolved to a newer version, sangaboard_v0.4 which works as either a Pi-Hat or a standalone board, based on the Atmega32u4 microcontroller.