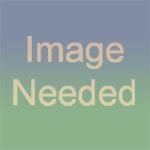 CAPTION TEXT OR LEAVE OUT THIS LINE IF YOU DON'T WANT A PHOTO.
User data

I am an 4rd year Environmental Engineering Student at Michigan Technological University. I play Soccer, run and snowboard. I really enjoy the outdoors, generally hunting, fishing, hiking, and rock climbing. I am part of the Open Source Hardware Enterprise (OSHE). More Specifically, I am part of the filament extruder team.

As part of the filament extruder team, I am working with 3D printing filaments and the process of making them. This semester I have taken on the project of researching the processes of refining waste materials (wood, glass, etc.) which could then be infused into 3D printing filaments. This project also includes initial research into the testing of these filaments (primarily wood infused) to get a better understanding of their new properties, such as strength, decomposition, and their environmental impact. Along with the reuse of waste materials in 3D printing filament, I have also begun research on HIPS filaments and its potential for reuse after being dissolved in different solvents. I plan to conclude research and begin testing this next semester upon the completion of the filament extruder.

I have also started looking into different ways to reduce plastic waste from the 3D printing we do in our lab. With the goal of being a waste free enterprise in mind.

I also assisted in the production of the Husky statue order.

As part of the filament extruder team, my main focus deviated from from last semesters. I focused mainly on the redesign of the filament water cooler. Taking elements from the previous design and implementing new ones, a new water cooler was modeled and 3D printed. The new design includes a larger open top basin surrounding the filament running tower, redesigned inflow and outflow channels, customizable inlet and outlet ports, a raised bottom height in the filament running tower, a closed loop pump system, and triangular (V-type) notches on either side of the filaments running towers. The triangular notches on either side of the tower act as weirs controlling the flow of the water in the system, while, simultaneously providing a raised water surface allowing for complete submersion of the filament. Triangular weirs were chosen over other designs because they typically produce a higher critical height. The filament will then have a higher water level to pass through, making sure the filament will be fully cooled. Alterations are still being made, such as water proofing and flow control. Containment is the primary focus once the water cooler is completed. This is critical to the overall filament extruder as many electrical components are exposed in a relatively small area. Making sure no water leakage occurs is an extremely important part of this project.

This semester I was placed on the Insulation team. The goal of this project was to find a way to viably recycle waste cellulose material into insulation that can function as well as commercial insulation and can be applied in housing construction. Because this is was the first semester for this project, much of the work done was research looking into standard insulation and how it's created and tested. My personal role in this research was to find environmentally friendly ways of processing the the cellulose materials during the recycling process and to create a green or environmentally friendly insulation product. One major part of this involved finding an appropriate flame retardant for use in the creation of the insulation. Many fire retardants are known to contain very toxic chemicals, my research was to find alternatives to these.

While working on the insulation team my work continued on the filament water cooler. Improvements to the system such as waterproofing the main water basin areas, flow control using valves and a release/drain valve were analyzed and began to be implemented. Designs were also drawn up for mounting the cooler to the filament extruder, with a focus on minimizing the risk of leakage and possible damages to electrical components of the extruder. To solve this, flow control valves and release valves will be mounted on the side of the base board along with the pump and the majority of piping. The next step is to mount and test the system to evaluate the effects this has on the flow dynamics in the system, most importantly head loss. There is some potential for head loss in the system to increase as valves are added to the system and the pump is moved lower in elevation to the water basin.