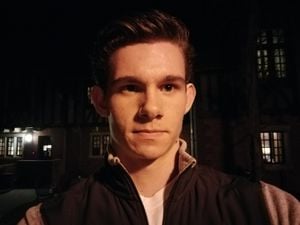 I am Forest Andresen, a freshmen from western Massachusetts. I am a business and sustainability major but I enjoy engineering.

I am in the 3D printing class at Principia.

Open source is the pay of the future. Away with all you over-protective knowledge hoarders! You are the reason that miss information is currently running rampant in the US. For the future we need new ways of spreading technical knowledge and advancements in technology, we need a faster and more efficient way of doing things. Open source labs, software, and design are the key to unlocking the a better, smarter, and more sustainable future. With open source technology, advancement comes more quickly and isn't locked up with patents and secrets. By leaving technology open source, we are unlocking the combined mind power of the whole world to make what exists better. Join me in welcoming the future.

I will totally ad some timelapse of prints in progress! 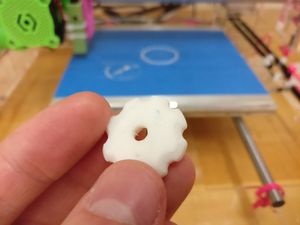 This was my second replacement part, the first one i printed was the c clamp and i lost it somewhere because I took it with me the whole day to show to everyone because I was proud. let me know if you find it. this piece is the knob for tightening the c clamp and it was a short print so I chose it. I went at 125% speed which seemed to work ok. 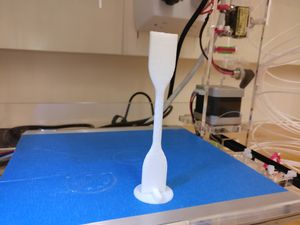 This piece was actually really hard to print, because my printer is newly made and still has some trouble shooting to do. I could not figure out how to make it the right size and I think there were numerous problems with the slizing/gcode. Marie sent me a series of links to try to troubleshoot but I have literally been studying for financial accounting for the last three days.

Analysis of the testing and results:

Testing these pieces was very interesting. I enjoyed the opportunity to work with tools built just for testing strength. In the end, some of my prediction were right, some are hard to comment on. The pieces printed in a horizontal orientation were, in fact, much stronger as I had predicted, but the speed of the print dimply didn’t seem to have any effect on strength, each piece had different results, but there is no indication that they are correlated to the print speed, as they do no change incrementally or consistently. The significant variation in strength was with the vertical coupon printed at 90 mm/s it had a strength decrease of 40 units, while most other tests, seem to randomly vary by give or take 5 units.

My conclusion is that I need to have a lot more pieces to get results that mean anything, the margin pf error in my case was very large, and probably accounted or the difference in all my data points.

My Predictions and First Step of the Scientific Process:

my theory still stands, but there is still no data to back it up. The only part of my theory that was proven to be correct was that the pieces that were printed horizontaly were stronger than those printed vertically. my revised theory states that we need significantly more tests to get data or results.

this is my rockwall hold 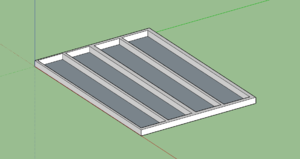 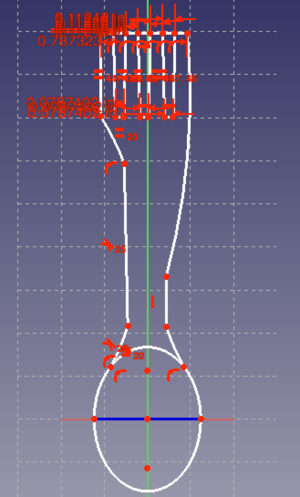