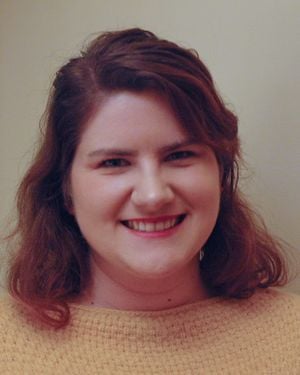 Fig 1: This is Emily!
User data

My name is Emily and I am an English major and education and Asian studies minor. Currently, I am taking the 3D printing course at Principia college where I am learning how to build a printer, design objects, and give back to the community through the open source movement. For me, this movement is inspiring because of how it promotes a sharing of knowledge. Without this movement, I wouldn't have been able to so easily build my own functioning printer! I hope to contribute to the movement in my own way as I design new and innovative pieces. 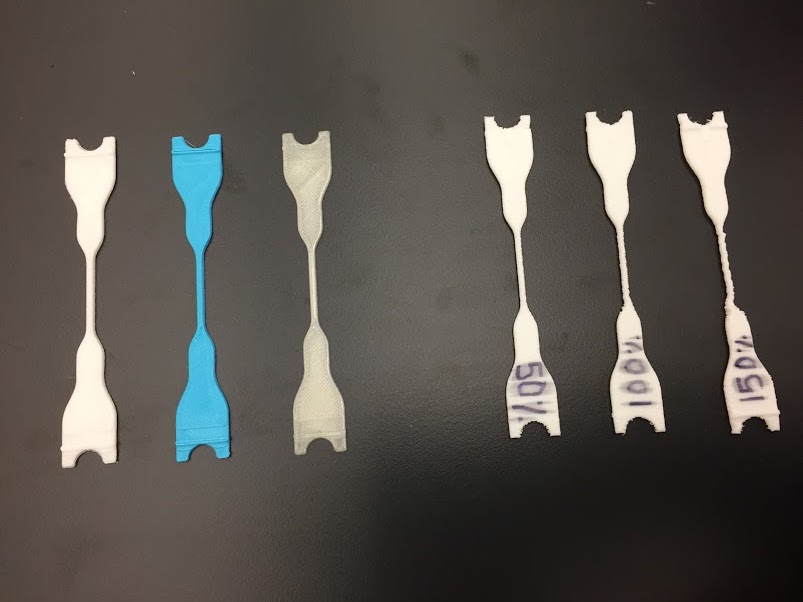 For my first major project, I printed test coupons to test which is the strongest. I printed two sets of three, one verticle and one horizontal, changing different variables within both sets of three.

In this test, I was hoping to get two results from each test of a verticle and horizontal test coupon. My first test will be focused on the strength of filaments with different colors. The colors I have chosen are white, blue, and glow-in-the-dark which have been printed as a horizontal coupon. For this test, my hypothesis is that the white will be stronger than the other colors because it doesn't have as many materials put into it for it to change color. This additional material would change the makeup of the original PLA plastic and make the others weaker.

The second test will be on how strong one filament is when I change the speed at which a vertical coupon is printed. I started with 100% and went 50% above and 50% below. To maintain the accuracy of the tests, I turned on the fan to 100% after the initial platform was printed of the coupon in order for it to adhere to the print bed. In this test, my hypothesis is that the coupon printed at 50% will be stronger because it looks more uniform after being printed. As the other two coupons printed, they wouldn't have enough time to set. This caused the prints to become distorted, making them appear weaker to me.

After running the tests using a tensile testing machine I received very different results than I was expecting. In the first test, the test coupon that was printed in blue was stronger than the coupon that was printed in both white and the glow-in-the-dark filament. The blue had a max tensile of 201 while the white only had 191 and the glow-in-the-dark was left in the middle at 193. My revised theory for this would be that the white filament is potentially older than the other two. I purchased both the blue and glow-in-the-dark filaments recently while the white was what came with my printer. If I were to test this again, I would make sure that each filament is of the same age in order to lower the potential variables in the future.

For the second test, I was surprised to see that the coupon printed at 100% speed was actually the weakest of all three. The strongest was, in fact, the coupon printed at 150% speed. This coupon ended up having a tensile strength of 90 while the coupon at 50% had 88 and the coupon at 100% had 50. While I'm impressed that the coupon at 150% had a stronger bond, I'm curious as to why the coupon at 50% was so much stronger than the coupon at 100%. My revised theory would be that the 150% is stronger because it was never given the opportunity to fully cool before the second layer was added, generating a stronger adhesion. While the coupon itself didn't look too strong, the bonds of the connecting pieces kept it from breaking longer than the other two. My theory on the radical difference between the 50% versus the 100% is that the 50% was able to make a perfect bond while printing because it was more smooth than either the 100% or the 150% coupons. The 100% was between the 50% which had a clear bond and quality while the 150% had a strong bond due to lack of cooling. This 100% was given the opportunity to cool but had a higher speed which ruined the quality of the print making it weaker than either the 50% or the 150%. To make this test more accurate, I should test them again adjusting the way in which it was printed to see if I can have a different result. 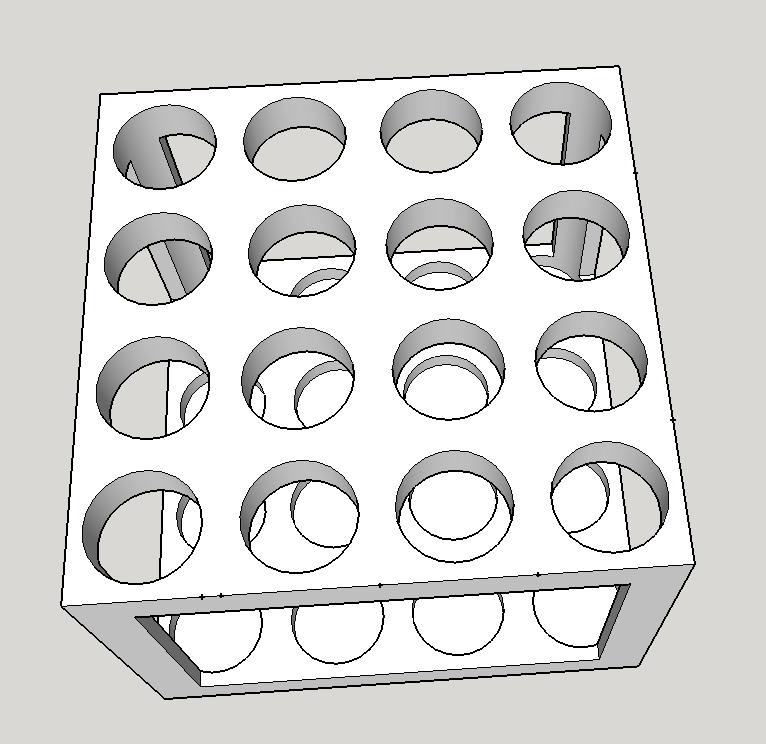 I designed this test tube holder in sketchup for Professor Brian at my college. 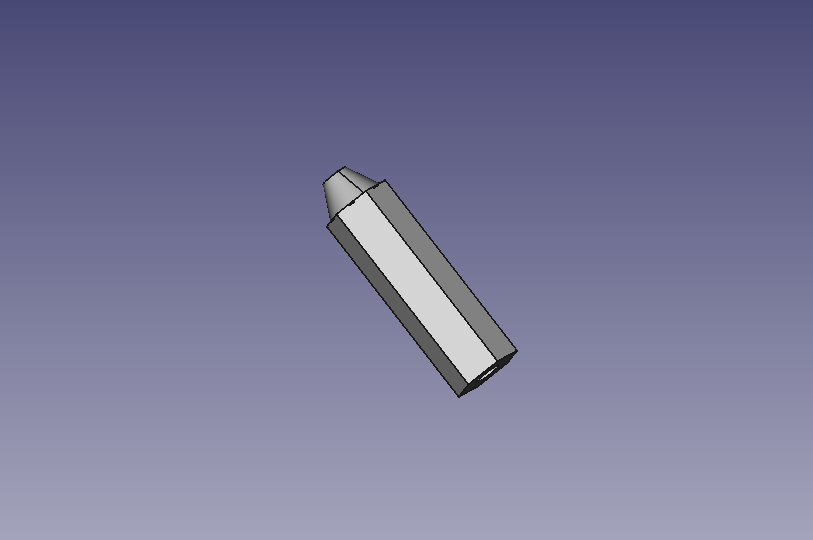 My first attempt at desigining a charcoal holder as a pen. 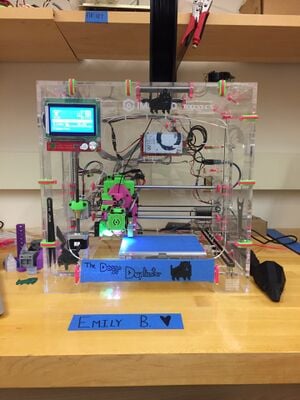 This is my printer where I make all of my prints!
Retrieved from "https://www.appropedia.org/w/index.php?title=User:Ebumba&oldid=539574"
Categories:
Privacy policy · About Appropedia · Disclaimers · Mobile view · All content is available under the CC-BY-SA-4.0 license unless otherwise noted.