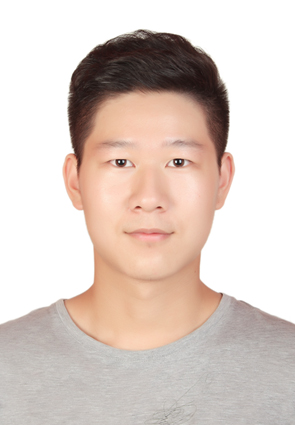 • Responsible for the competition planning and organizing, and facilitated networking and collaboration among the team members

• Responsible for writing and debugging of the robot program

• Responsible for robot maintenance and repair

• 2019.6 Participated in the Internet Innovation and Entrepreneurship Competition (University Class)

The project is a hotel management robot. The basic function of the robot is to guide guests to their rooms, and at the same time, they can help guests with luggage. In order to achieve this function, the robot needs to have the following capabilities: automatic wayfinding, tracking and locating customers. The basic form of the robot is a movable chassis. In this project, the robot chassis directly uses a commercial product named DashGo D1 [3].

First, the robot is equipped with the ROS (Robot Operating System) [4] open source system. Basic operations such as movement, receiving and sending signals are implemented by various functional packages of ROS. The robot chassis is equipped with a lidar. Use lidar to build a map of the indoor environment, and use the Slam navigation module for navigation (mainly using the functions that come with commercial products).

First of all, the robot is equipped with a router, which can use WiFi to communicate with mobile phones and PCs. The control center of the tracking module is the Raspberry Pi. The sensor is a Kinect camera [5]. Because of the color module and the depth camera, it can track the same object and measure the distance at the same time.

Human object detection is based on Google's open source TensorFlow, an open source software framework for high-performance numerical computing.TensorFlow's internal functionality is based on graphs. By using the deep neural network model that has been trained on the Internet, we can build our own human body detector, the tracking accuracy is improved.

After confirming that the object is detected by the detector was the guest of this task, the guest was tracked using the Kernel Correlation Filtering algorithm (KCF). Aiming at the problem that KCF algorithm is difficult to deal with target occlusion, a moving target tracking algorithm based on improved kernel correlation filtering is proposed. The Kalman filter is combined to predict the position of the character target in the next frame, combined with the occlusion judgment, when the target is occluded, the model update of the KCF algorithm is stopped, and the predicted position of the Kalman filter is used for tracking, when the target returns to the field of view, continue to use the KCF algorithm for tracking.

My main responsibility is the motion control part of the robot, for example, control robot through ROS. I have a basic understanding of the algorithm part, but that is not my main responsible part.