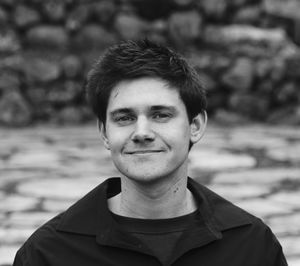 I grew up surrounded by redwoods a few miles from the coast in the small SF bay area town of La Honda, California. A long childhood of playing with sticks, rocks, dirt, and much time spent hiking with my parents nurtured a great appreciation for the environment, and is the root of the deep pain I feel watching humans abuse our planet to incomprehensible lengths. I spent the last eight years as a musician, primarily focusing on writing and performing electronic music, but I also spent years studying the sitar and choral singing. Over time my relationship with music changed and I reached a point where I felt like I had spent enough time doing something so personal that it was time to draft myself into the war against environmental destruction. Some of the things I did in those eight years include earning an A.S. degree in Music Technology from Cabrillo College, co-founded an event production company (Ephemeral Events), lived and studied in NYC for two years, performed in Carnegie Hall, accomplished the personal goal of performing on the main stage at Emissions Festival, released music internationally, and proudly worked full time at an animal shelter. Since Fall 2019 I have been a full time student at Humboldt State University pursuing a BE in Environmental Engineering.

This is a brief portfolio of work I have done in my first semester of the Environmental Resource Engineering major at HSU.

For Engineering 215 Intro to Design I worked with a group, Team AZDC, to design and construct a pathway at Six Rivers Charter High School. Below are links to the document outlining this project which we wrote, edited, and formatted as a group, and a web page detailing the project:

Other examples of work I have done:

Links to my life prior to HSU[edit | edit source]