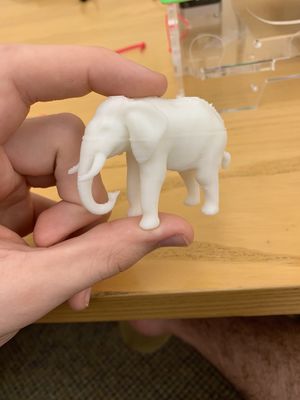 I'm Christian Moore and I am a student at Principia College. I come from Clarendon Hills IL and I am majoring in biology. I spend my time swimming, hanging out with friends, and educating myself on anything that I find interesting (including anything from animal cognition to philosophy). I chose to get involved in 3D printing because it sounded like a fun science class that I'd love to be a part of since I enjoy creating things.

The open source movement is best described as a movement that encourages the use of open source programs, allowing others to use their work however they need. I consider this sentiment admirable, as I feel like it is the best way to send ones creations into the world and to allow them to be edited and improved. So this movement is not only altruistic but it also allows us to more easily progress as a society without the barriers built around intellectual properties. Building a Jellybox was how I participated in the movement because it is a build built from the movement itself. The prints I will be creating will also be from the open source movement, from open source websites such as Thingiverse.