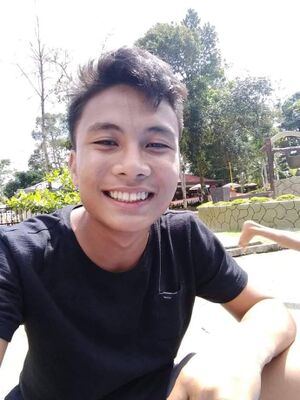 What is Eating Disorder?[edit | edit source]

Eating disorders are conditions in which people's eating habits, as well as their feelings and emotions, are severely disturbed. Those people who suffers from eating disorders are commonly preoccupied with food and their weight. This have a detrimental effect on a person's physical and/or mental well-being. According to MedlinePlus, “Eating disorders are serious mental health disorders. They involve severe problems with your thoughts about food and your eating behaviors. You may eat much less or much more than you need.”

Who Can Have This?[edit | edit source]

Men, women, non-binary, adults, teenagers and even young children can have eating disorder. However, according to Child Mind Institute, young adults, especially young women, are said to be the most at risk for developing them during their college years. Since young people are more pressured in adjusting themselves as incoming adults, it results to stress and insecurities like having a perfect body developed along the way. Then, they’ll develop eating disorder.

According to MedlinePlus, there are 3 types of eating disorder. These are Binge-Eating, Bulimia Nervosa, Anorexia Nervosa.

1.    Binge-Eating- is described as eating that is out of control. People who suffers from this type of ED continues to eat even though they are full. They usually experience remorse, embarrassment, and depression afterward. Obesity and weight gain can be a result from eating too fast too much.

2.    Bulimia Nervosa- the patients diagnosed with this type of ED also have binge-eating episodes. However, they purge afterwards by forcing themselves to vomit or using laxatives. They might also overwork or fast. This type of ED can affect people who are underweight, medium weight, or overweight.

3.    Anorexia Nervosa- patients in this type of ED avoids food, severely restrict food, or eat very small amounts of only a few foods. Even if they are dangerously underweight, they may perceive themselves as overweight. The least common of the three eating disorders, anorexia nervosa, is often the most dangerous. It is the mental disorder with the highest death rate.

It can be caused by genetics. Means that they are born having that disorder from their parents and other relatives. There are various psychological and environmental that contributes to developing Eating Disorder such as:

·      Having trouble dealing with or communicating feelings.

·       Hopelessness and thoughts of inadequacy

·       Relationship problems at home or elsewhere

·       Bullying experienced because of their weight or their general appearance

·       A tumultuous or difficult childhood

·       Despite being dangerously underweight, they are still dieting for a long time.

·       Hyperactivity and a deep desire to workout

·       Social activities, relatives, and friends are ignored. It's likely that you'll feel withdrawn

·       Obsessive concern of being overweight

What To Do If You Have ED?[edit | edit source]

If you notice yourself having some signs and symptoms of eating disorder, immediately go to a therapist and check if you really have eating disorder. Then if you are diagnosed by having an eating disorder, then seek for a professional help to heal yourself. Professionals will provide a treatment specializing your eating disorders and it is often fundamental in establishing healing and recovery.

According to Eating Disorder Hope, “Treatment for an ED is usually comprised of one or more of the following and addressed with medical doctors, nutritionists, and therapists for complete care: