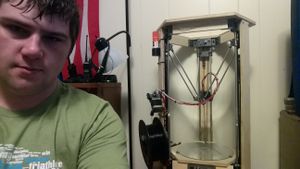 Me with my 3D Printer

My name is Josh Mucinski, and i am a senior at Michigan Tech. I am a Mechanical Engineer with a variety of interests, which include: Ham Radio, 3d Printing, Shooting, and Reloading. I grew up in Rockford Michigan, and went to Rockford High School. After High School like most student i went off to college, and start my journey here at Tech. After my freshman year I went to work as a CO-OP for Kohler Motors (same Kohler that makes bath products). The nine months in Wisconsin teach me a lot about industry and reaffirmed my want to become an Engineer. After Kohler I came back to tech and started back at classes.That next summer didn't go as planned as far as internships, but the summer after did. For my last three summers I worked for a company and found myself to a great fit with them. Innotec has offered me a full time job and i have gratefully accepted, and i will be starting right after gradation.

The Viking Mashup Project. Took an outlet plate cover, and added a shelf to allow for you phone or other device the sit on and charge. Code and STL files are posted to youmagine. 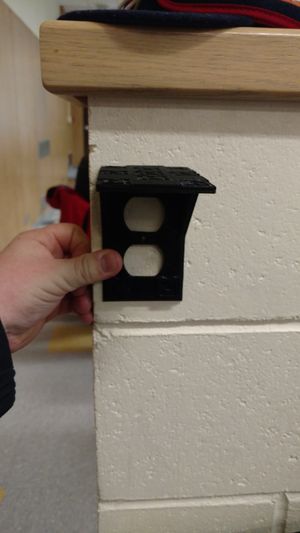 One of my newest hobbies, and my option the most exciting is ham radio. I received my tech ticket in late November of 2015. I remained a tech for less than a year, and i decided i wanted more frequency privileges. Upgrading to General wasn't a hard step, and i made that step in early July of 2016.