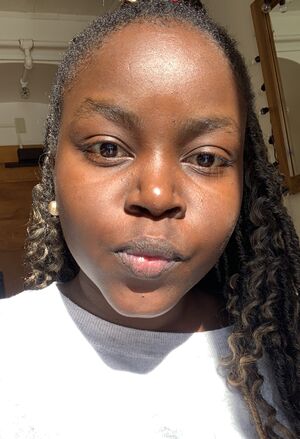 I am Principia College student graduating in May 2022 with a bachelors degree in Chemical Engineering and a minor in Sustainability. I have always been interested in learning about 3D printing and being a part of Appropedia will allow me to showcase the various projects that I will be working on as I discover more about 3D printing, which is an aspect of engineering/STEM that many people don't tend to explore. I hope to be able to grow from this experience and hope that this could also be a source of inspiration to someone who is looking to begin their journey in learning 3D printing.

I grew up watching movies and tv shows pirated on CDs and it was, still is to some extent, a common idea to listen to international music through sketchy android apps that could let you listen to licensed music for free without ads. This always made me wonder why so many things in the western European countries are heavily licensed.

Since coming to the United States, I have come to accept and adapt the licensing and patent culture where people create monopoly over ideas that could be helpful if shared with others. However, learning about the current open source movement has given me hope that not everything has to be capitalized and monopolized and can be shared for the good of humanity.

At first, I honestly couldn't imagine that people are willing to share their knowledge, code, and applications, that they might have possibly worked on for years, for free of charge. I think that that's what's limiting most people, is that we have grown to accept the licensing everything culture and it is hard to accept anything else.

I think more people are now recognize that Open Source is what we need more of right now, especially if we want to develop our technology even further.

Built 3D printer from Imade3D JellyBox Original Maker's Kit. This direct drive 3d printer is held together by zipties that go through the acrylic pieces. 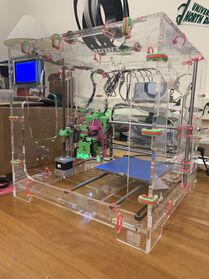 It has 4 17 Nema stepper motors in total and is able to print an object that is within the area of 1.8 meters by 1.8 meters. There is a second version of this printer out, and there is also an option to use a thermal heated bed instead of a normal bed.

This is the first print that I did using the jelly box original printer.

We worked in Free Cad to design

I have been working on turning the 3d jelly box printer into a dual extrusion printer. Materials we bought was the chimera+ dual extruder hot ends. It has 2 hot ends at the end of it, one for direct drive, and the other is the Bowden drive. We had to re-draw the extruder parts that attach on the x-axis. Rewiring everything.