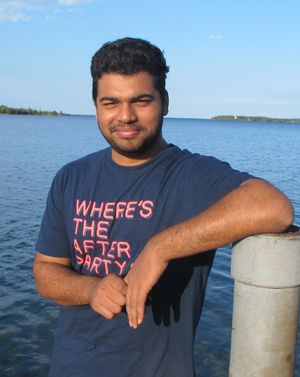 Anup Nair is a graduate student in the Department of Electrical and Computer Engineering at Michigan Technological University with area of concentration in Electrical Power System and Sustainable Technologies. He received Bachelor’s degree in Power System Engineering from University of Petroleum and Energy Studies, India. Before coming to Michigan Tech, Anup worked as a Project Engineer for a company who had contracts from State Governments to erect and commission several biomass based power plants.

Optimizing reflector orientation for a solar panel at various latitudes