Figure 2 The Green Line is the kWh/month for the year after the Retrofits. 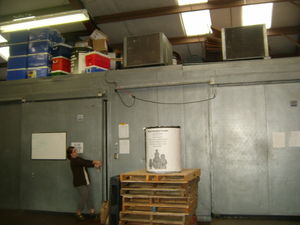