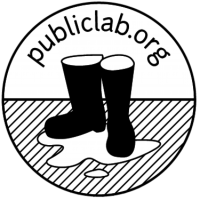 Public Lab was founded in the wake of the 2010 BP oil disaster, during an information blackout for residents and the rest of the world. In response a group of concerned locals, environmental advocates, designers, and social scientists lofted “community satellites” (made from balloons, kites and digital cameras) over the spill to collect real-time data about its impact. Through an open source platform, contributors stitched over 100,000 aerial images into maps of the coastline before, during, and after the oil spread. These high-resolution maps were featured by BBC and New York Times, among others, allowing residents to speak their truth about what was going on in the Gulf Coast. The success of the grassroots mapping effort galvanized the group to found Public Lab as a new research and social space for the development of low-cost tools and practical methods for community-based environmental monitoring and assessment.

Public Lab is a community where you can learn how to investigate environmental concerns. Using inexpensive DIY techniques, they seek to change how people see the world in environmental, social, and political terms.

The Public Laboratory for Open Technology and Science (Public Lab) is a community -- supported by a 501(c)3 non-profit -- which develops and applies open-source tools to environmental exploration and investigation. By democratizing inexpensive and accessible Do-It-Yourself techniques, Public Lab creates a collaborative network of practitioners who actively re-imagine the human relationship with the environment.

The core Public Lab program is focused on "civic science" in which they research open source hardware and software tools and methods to generate knowledge and share data about community environmental health. Their goal is to increase the ability of underserved communities to identify, redress, remediate, and create awareness and accountability around environmental concerns. Public Lab achieves this by providing online and offline training, education and support, and by focusing on locally-relevant outcomes that emphasize human capacity and understanding.