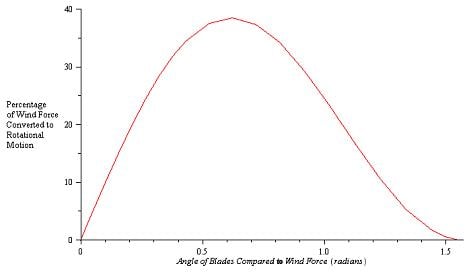 William was able to build his windmill based on the schematic shown below. It was then mounted on a large tower he created out of wood. Overall, the machine is fairly simple in concept with the major limitations being available materials and limited access to tools. Through testing, William found that using his design, a four blade windmill was able to generate more power than its three blade counterpart. 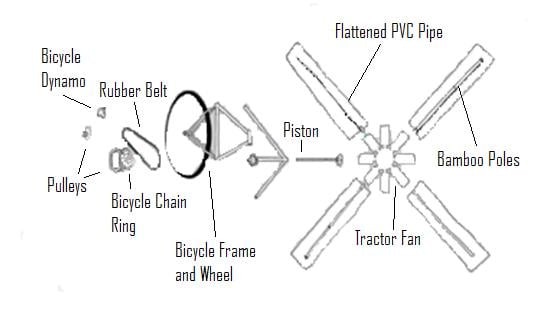