Difference between revisions of "New Chums - Save our beach" 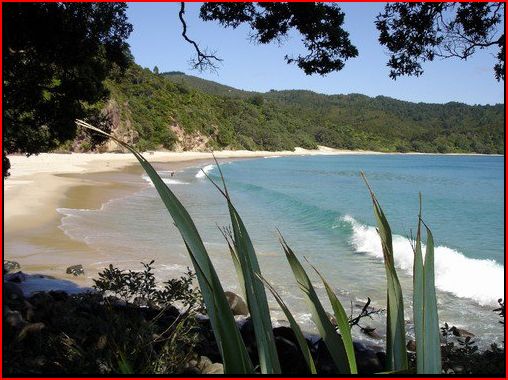 Fig1: A wave crashes onto the sand at New Chums Beach.

New Chums - Save our beach is a group initiative aimed at stopping planned residential development at New Chums Beach on the Coromandel Peninsula, New Zealand.

New Chums beach, or Wainuiototo in Maori, is located on the east coast of the Coromandel Peninsula on the North Island of New Zealand. Voted by The Observer as one of the top 20 deserted beaches in the world, and not accessible by road, New Chums has long been a favourite tranquil getaway for locals and visitors alike.The white sand beach is shaped like a half moon and is surrounded on three sides by rocks, cliffs and bush and on the other by the Pacific Ocean. It is home to many species of flora and fauna including, mussels, snapper, dolphins and pohutakawa trees.

The beach above the high tide line is part of the freehold title of Te Punga station, which is currently co-owned by three family trusts. They intend to build twelve homes above New Chums beach as well as another eight on the Whangapoua side of the headland. The developers claim that the homes will not be visible from the beach and that:

"The protected land will be covenanted for conservation purposes and an extensive revegetation and pest management program undertaken to enhance the indigenous bush. The entire beach and its forested margin will be gifted by the Trusts as a public reserve to ensure public access and its protection in perpetuity."

Opponents of the proposal claim that any development could ruin the pristine and untouched nature of the area. They cite the need for infrastructure such as roads, sewerage, phone and power lines which will be required if houses are to be built. There is also concern about the waterfall effect of housing developments, people are concerned that the initial development could spawn further construction. Te Karo Bay has been noted as another beach in the region to fall prey to the waterfall effect, with views of the horizon now being obscured. Environmental concerns have also been raised with people worried that the development could harm the areas fragile ecosystem.

New Chums - Save our beach, began as a Facebook group and has since taken active steps to halt the development of New Chums Beach. The Facebook group has 4,911 members and provides email links to key government ministers as well as a link to an online petition and other articles. It raises awareness through online discussions and provides photographs and videos of the beach. On January 3 2011 the group held an event called New Chum - Help an old friend aerial art. Over 1000 people including celebrities Robyn Malcom and Richard Kahui attended and formed the words "John Key, save me!, New Chum". It was hoped to draw New Zealand prime minister John Key's attention.

An end in sight?

As an alternative to development and after intense public pressure the land owner has offered to sell the land to the government. The current focus of New Chums - Save our beach is to lobby the government to buy the beach and to gift it to all New Zealanders. Phil Goff, the leader of the Opposition Labour party has been a vocal supporter of the idea, saying

"John Key and National must come to the party and match that generosity...this beautiful wilderness beach on the Coromandel must be protected...I really hope the Prime Minister has a happy holiday in Hawaii. But while Waikiki is nice, it's not in the league of New Chum beach which is world renowned for its unspoilt, untouched shores...the owners of New Chum are ready to co-operate and contribute towards the preservation of the beach. John Key must commit to matching that generosity...the benefits would not only be the preservation of an iconic and untouched part of our heritage but also economic in terms of New Zealand's branding and its attraction to tourists."''