Recently I found myself in the back lane here in Whitley Bay, sorting out some weirdness with the recycling bin and talking to the chap next door, who specialises in teaching mystic running techniques, when the local 'cat lady' came up and started accusing him of 'murdering' a cat by putting slug pellets on his veg garden, which she assumed it had eaten. He was a bit put out by this, so I said I'd look into it from a scientific perspective and work out whether this was likely to be possible. So, having worked out the type of pellets, found out what they actually contained and in what concentration and the size of the deceased cat, it was clear that the beast would have had to eat a heaped tablespoon full of the things in order to croak, which put my neighbour's mind to rest, if not, entirely, our cat lady's.

What, then, has the Whitley Bay Cat Poisoner got to do with sustainable futures? Well like many cities, Newcastle has a big landmark hands-on science centre, but there's no reason why this should be the only model for this kind of thing. We need science centres that are relevant to my neighbour and the cat lady, small, local places, more like libraries and community centres than flagship visitor attractions, where instead of it just being lucky that I was about when the matter of cat poisoning arose, it'd be natural to go ask these kinds of questions. True, you may say, but haven't we got Google for that? In a way, I suppose, yes, but then it needs people to know what they are looking for to make the connections, there is no chart out there that conveniently tabulates slug pellets/lethal cat dose, believe me, I've looked. Such a place would also have a small array of regularly changed simple hands-on exhibits where people could drop in and explore casually, clear updates on the latest science news, family workshop activities, kid's weekend and holiday clubs, they would also provide support for science in local schools, work with the community on projects where science might be useful to them, and like libraries you might have two or three in even a small town. It's not rocket science, the basic models exist for all these functions - science centres, community science outreach, co-enquiry programmes with universities, science shops, all of these are part of the jigsaw that could come together to create this kind of initiative. It just needs someone to decide to do it, and a moderate amount of money. Science has a part to play in the future development of communities across the world, and it needs to work in these communities and for them, not be something that occasionally impinges upon them from the outside,[1] and having grass-roots level engagement facilities that are the natural place for people who need to make use of science seems to me to be the key to making this work. 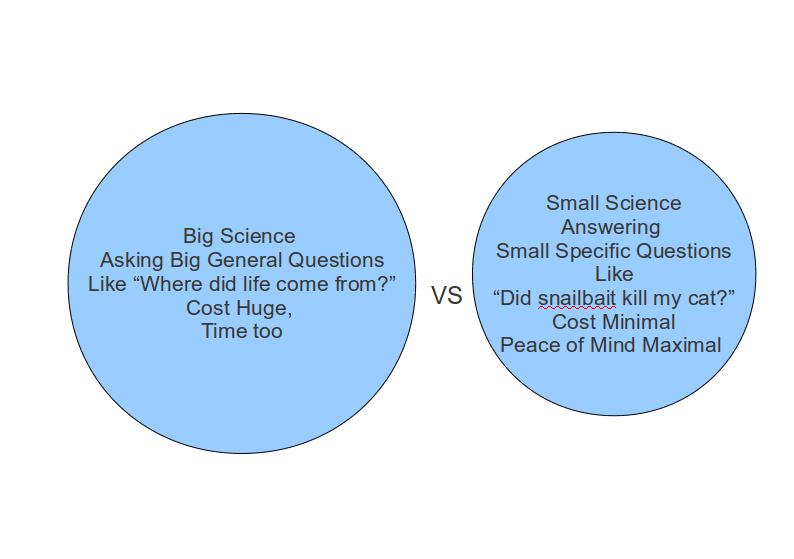 Page data
Retrieved from "https://www.appropedia.org/w/index.php?title=Using_Science_Locally_-_Ian_Simmons&oldid=624292"
Cookies help us deliver our services. By using our services, you agree to our use of cookies.
Categories:
About Appropedia · Policies · Contact · Content is available under CC-BY-SA-4.0 unless otherwise noted.