Maynard S. Clark of Boston has been featured in Marquis's Who's Who since the early 1990s.

Since 2015, he has been involved with marketing renewable energy services from Boston, Massachusetts. 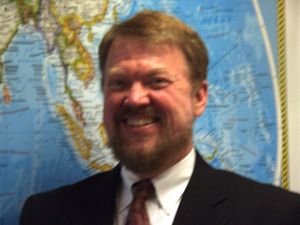 Maynard S. Clark of Boston is employed by the Harvard Medical School of Boston and has been employed there since the 1990s. In the Department of Global Health and Social Medicine, he has served (when GHSM was DSM) on the Green Team, the Website Committee, and the Social Committee and over the years (covering two decades) has volunteered for various special projects and events. For roughly a decade he served as Faculty Assistant to the late Dr. Leon Eisenberg, GHSM Department Founder and former Chair of Social Medicine.

He also has since 2007 been Program Manager for the annual Ethical Issues in Global Health Research course in the Department of Global Health and Population in the Harvard School of Public Health, previously known as the HSPH Department of Population and International Health. EIGHR was begun in 1999 with a 2-year grant from the National Institutes of Health to Dr. Richard A. Cash, a medical doctor teaching in GHP who is famous for developing oral rehydration therapy (aka ORT) in the developing world, with the 3rd party claim that Dr. Cash's ORT has saved more lives less glamorously and less expensively than all HIV work today. The intensive summer course, which has run successfully and profitably for 11 years, draws from the developed and developing world medical experts involved with designing, conducting, supervising, funding, or approving health research across several nations.

He has researching and archived the entire set of published writings of the late Professor Leon Eisenberg, MD, whom he had supported from 1999 through Dr. Eisenberg's death in 2009. A nearly complete electronic archive of Eisenberg's writings and speeches will be available through the Center for the History of Medicine of the Countway Medical Library of Harvard Medical School.

Before that, he studied in a variety of universities and graduate schools, including California State University, Hayward, Harvard Divinity School, Wheaton College (Illinois), Tufts University, etc. He was employed while studying at each school. He is now a graduate student FT in research administration at Emmanuel College in Boston. 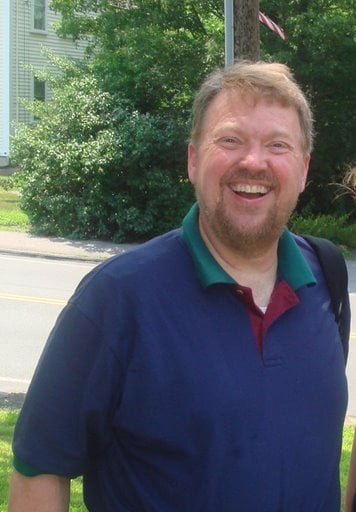 Before attending graduate school at Harvard in Cambridge, where he became vegetarian then vegan (he has continued being vegan for over half his natural life now), he was designated a "most widely-read undergraduate" while at California State University in Hayward (CSUH has since become CSUEB, California State University, East Bay). He had long resisted 'going vegetarian' with the excuse, "I'm NOT a 'do-gooder'."

As a vegetarian community organizer and planner and developer of events, he helped (with several national vegetarian organizations) to organize several national, continental, and international-scale vegetarian events, such as the 8th International Vegan Festival[1] (in San Diego, CA, in 1995), the Great American Meatout (organized by FARM, where he was regional or national outreach coordinator for several years in a row around the late '80s and early '90s), and the 1996 World Vegetarian Congress (held with NAVS in Johnstown, PA). He also developed the groundwork for the Boston Vegetarian Food Festival, organizing a team and helping directing its first several years of development, before passing the event over to the Boston Vegetarian Society, an organization which he ALSO founded in the mid-1980s. Further, during the late 1990s and the turn of the 21st century, he laid the groundwork of networking, which eventually emerged as the Christian Vegetarian Association (CVA) in 2002, after Rev. Frank L. Hoffman of New York developed the All-Creatures.org website portal, which hosts a CVA mirror site. He continues to 'organize' by talking with vegetarian businesses about how to improve their 'transformative' role in popular culture by advancing high-quality vegan products, services, and values.

He has reviewed vegetarian books social science and religion books since the early 1970s and continues to do so.

He continues to manage numerous online resources for vegans and vegetarians: some controlled-access networking venues, and some open-ended discussion venues.

He loves classical music, vegan whole foods cooking, and digital photographer. He traveled to India in September 2006 for the IVU's 37th World Vegetarian Congress in Goa, after which he vege-toured three of India's many states: Goa, Karnataka, and Maharashtra (where Mumbai/Bombay is located).

He's an aggressive blogger and social media advocate; he's lectured to vegetarian conferences on using these tools. His Facebook friends number over 4500, his LinkedIn contacts over 1350, and his blog readership passed a million early in 2009 and eventually exceeded 1.3 million.

In addition to training and mentoring responsibilities for vegetarians and in the context of employment, he gives public talks in vegetarian contexts. The most recent was (with journalist, blogger, and cartoonist Vance Lehmkuhl) at the 35th Annual NAVS Vegetarian Summerfest in Johnstown PA " 'Friend' is a Verb: Vegetarians and Social Media - the Ethics of 'Getting the Word Out' "

These ~90 accepted Wikipedia articles (plus some that have NOT been accepted) break down (approximately) as follows:

Several of his articles have been rejected; most (not all) of them dealt with vegetarian topics. Those included articles on:


He has been a Wikipedian since early May 2007 and spends far TOO MUCH time on it. I'd call that 'dedication'.


Several of his articles have been rejected; most (not all) of them dealt with vegetarian topics. Those included articles on:

Some of his articles have been rejected; most of them dealt with vegetarian topics.