With a population of 17,294[1], funding for Wastewater treatment is limited. A cost restriction made Treatment Wetlands an appealing solution to Arcata's Wastewater problems. 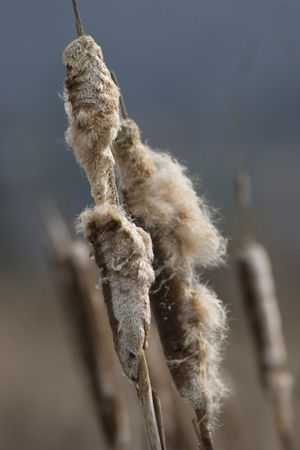 The costs of Treatment Wetlands are largely based on the price and availability of land[2]. Otherwise, treatment wetlands are a low-cost alternative to activated sludge systems because constructed wetlands utilize natural processes as opposed to buying chemicals (especially oxygen) to treat wastewater[3].

Treatment Wetlands are unable to function in freezing climates[4]. Also, high levels of rainfall in the area can increase the amount of effluent created by the Wastewater Treatment Plant. This effect is exaggerated by the surface area of the oxidation ponds. An increase in effluent can increase the need for a larger capacity in further treatment during disinfection[5].

In order to utilize natural processes, plants were chosen carefully in order to account for large changes in flow rate. The changes in flow rate in Arcata, CA are caused by a seasonal change in population that nearly doubles between August and May (due to Cal Poly Humboldt's school sessions) as well as an aging sewer system built in the 1880s which is victim to heavy rainfall that leaks into the sewers. These drastic changes limited the selection of plants availible for use in the Treatment Marsh. There were three groups of plants that were used: Submergent, Emergent, and Floating Plants. Preference was given to native plants; Hardstem Bulrush is an example of a native plant to the Arcata area. The most prominent plants in use are listed in Figure 17.1