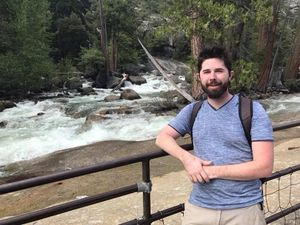 Hello world! This is me, Jacob! I'm a senior math and computer science major at Principia College, currently taking a class about 3D printers. So far, I have found this to be quite the interesting class. As a creator, I am quite fond of the open source spirit of the class. Open source means that a project of some sort is open to the public. This means that not only can the public use the final product for free, but that anyone can have access to the source and has the option of making and submitting their own changes to the project. In the past, I have mostly seen this as a process confined to the world of software due to software's digital, portable nature. However, this class has taught me that much more than software can be open source and that open source doesn't mean non-profit. The Jellybox printer that we have been building in class is built entirely from open source hardware designs. One of the core creators has made money off of this by selling the parts used in the printer to others. This has not only made the product much more affordable than pre-built printer options, but has allowed many people to help improve the original design. By purchasing Jellybox parts and building a Jellybox, we have not only shown support for this project and the open source movement, but have encouraged everyone in the class to continue being part of the Open Source movement in the future. Personally, I am always working on a project. For instance, I am currently in the beginning stages of working on a designing a tournament generator using a brand new algorithm. Now that I am more aware of the Open Source movement, once my project gets to a releasable state, I could very well see myself making the project open source.